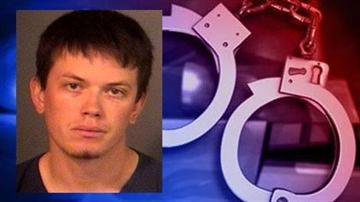 He was also sentenced to three years probation.

He also must not have contact with the victim or other children under the age of 16.

Mouch was arrested in April 2014 after he allegedly had an inappropriate relationship with a 15-year-old.

He was initially charged with sexual misconduct with a minor.

After the charge was filed, evidence showed Mouch had a reasonable belief the victim was 16-years-old at the time of relationship, which is an affirmative defense for the charge, according to the prosecutor.

The sexual misconduct with a minor charge was dismissed and Mouch was allowed to plead to disseminating material harmful to a minor.