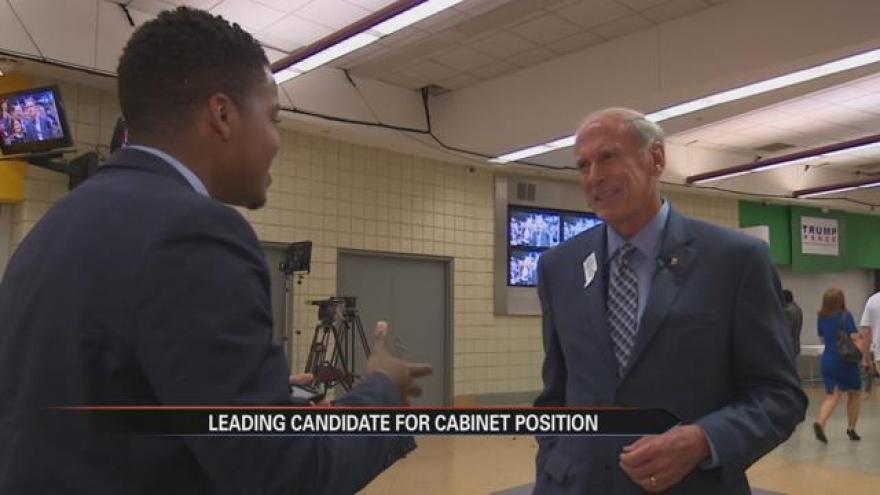 Could a former congressman from Indiana step out of retirement for a cabinet position in Trump’s administration?

Multiple news outlets are reporting former U.S. Senator Dan Coats is the leading candidate for the president-elect’s pick to head the Department of National Intelligence.

“I think that having a Republican administration, and a Republican Senate and House of Representatives, it’s kind of hard to leave,” said party chair Lynn Fitzpatrick.

Many are wondering if the retired senator will truly leave now that his name is rumored to be on the top of Donald Trump’s short list for the open position.

“I was surprised about the role they were talking about, but I have no doubt that he would be very competent,” said Fitzpatrick.

The GOP chair says when it comes to the Statehouse; many Hoosier lawmakers are quite impressive.

She believes this state has a record of success under Republican leadership.

“Why not choose what works?” said Fitzpatrick.

Senator Coats spoke with ABC 57 News in July during the Republican National Convention.

He also expressed great confidence that Indiana will soon lead the country’s conversation on politics.

“I think we ought to be proud of the fact that our state is in the national limelight,” said Coats.

The question now is will the senator be a part that conversation?

“He seems to have a lot of energy and a lot of great ideas,” said Fitzpatrick.