Four out of the five Great Lakes set water level records for the month of February. 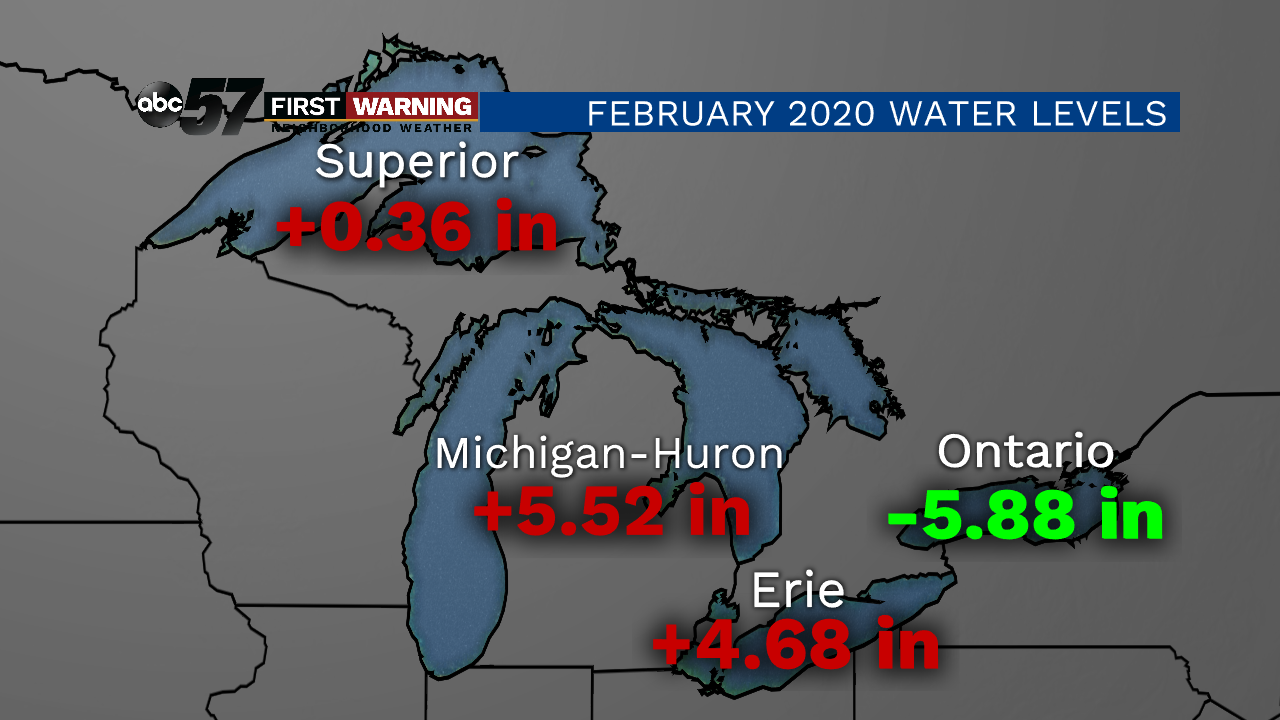 Here are the official water levels for February according to the US Army Corps of Engineers. These values are given in feet. 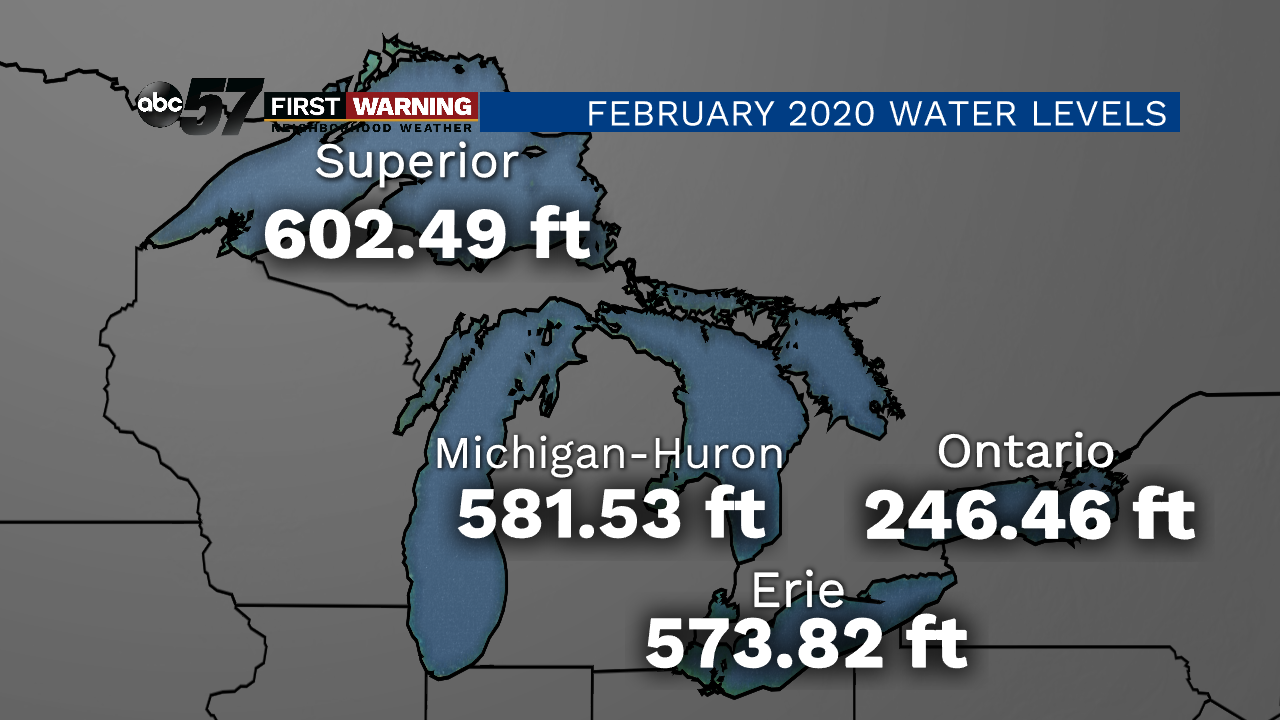 Water levels have been high throughout 2020. Lake Michigan also set the record for the highest water level for the month of January to start the year. The high water levels are projected to continue through the summer. 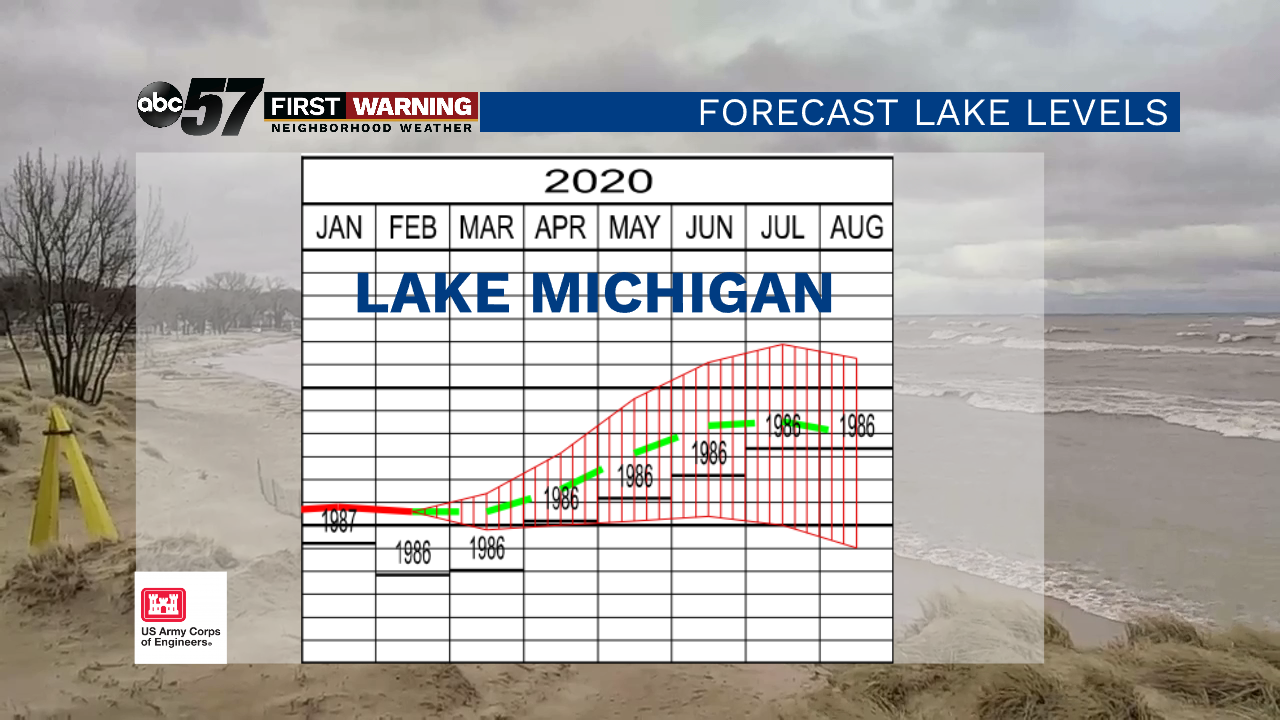 Focusing specifically on Lake Michigan, the February 2020 level was 581.53 feet. As of early March, the value is down slightly, to 581.40 feet. Even though the water level is dropping, the level is still above the record for the month of March also by around four inches. 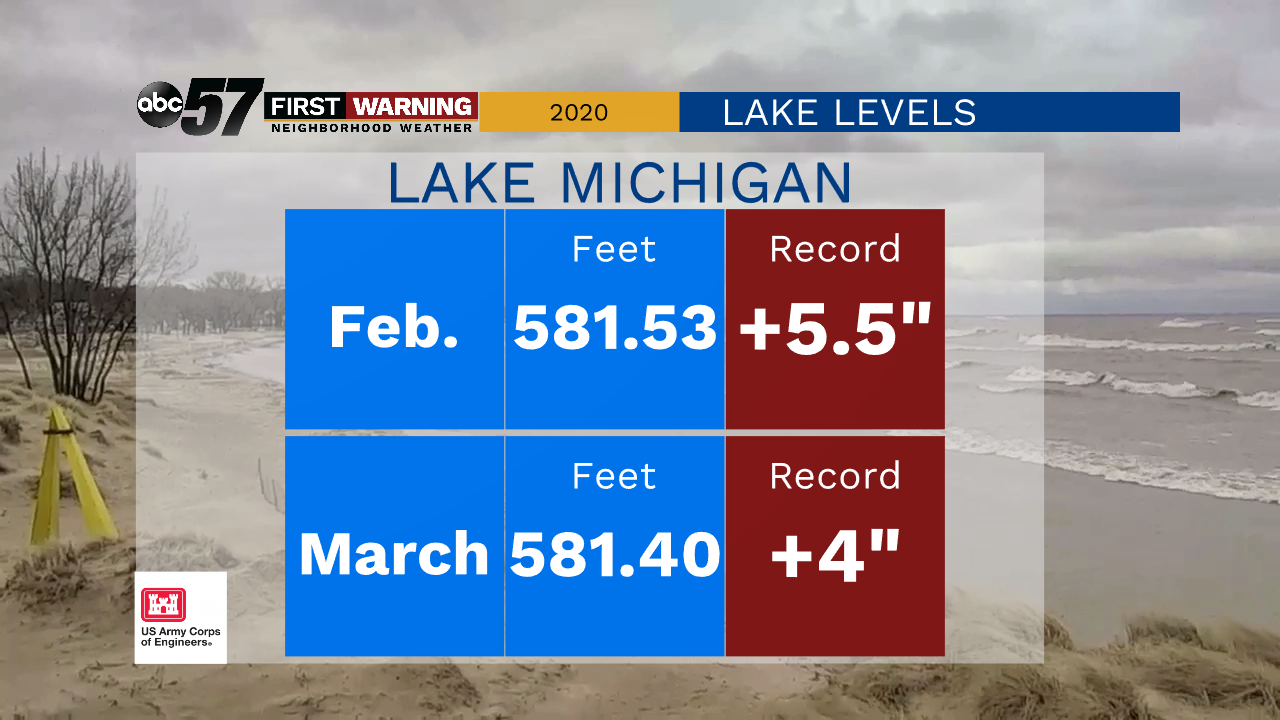 With high water levels comes increased erosion and shrinking shorelines. This will likely be an issue as we head into the spring season, which is predicted to be wetter than normal. You can read more about this problem in our Washed Away coverage.