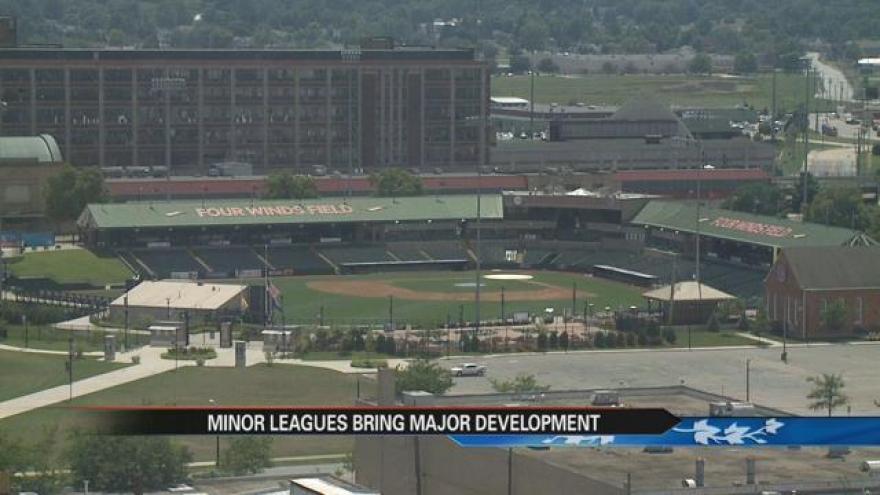 In their first season as the South Bend Cubs the team has sold out 28 of their first 52 home games and those numbers are adding up to equal success off the field as well.

New business owner, Rick Ruszkowski, says his bar is reaping the benefits of the sold out crowds and he thinks it’s only a matter of time before south bend starts to look like Wrigleyville.

“I know the future plans are they want to make it a Wrigley Field type atmosphere as they continue to grow and break records it can only benefit us,” says Ruszkowski.

Ruszkowski is the owner of Finnie’s Next Door, just half a mile from Four Winds Field.

Ruszkowski’s bar has only been open a couple months and he says he’s already feeling a financial impact from the fans who are flocking to the home games.

“People aren’t going to come downtown for one or two things, they want to see more things, a better variety of restaurants,” said Ruszkowski.

As one of the closest restaurants to Four Winds Field, Ruszkowski is hoping to build a relationship with the Cubs that could benefit both parties.

That partnership could only help the process of building an even better baseball town.

“If you build it they will come and I think South Bend has proven it will happen and it is happening,” says Ruszkowski.