Friend had flown on plane with Davis 2 weeks before crash 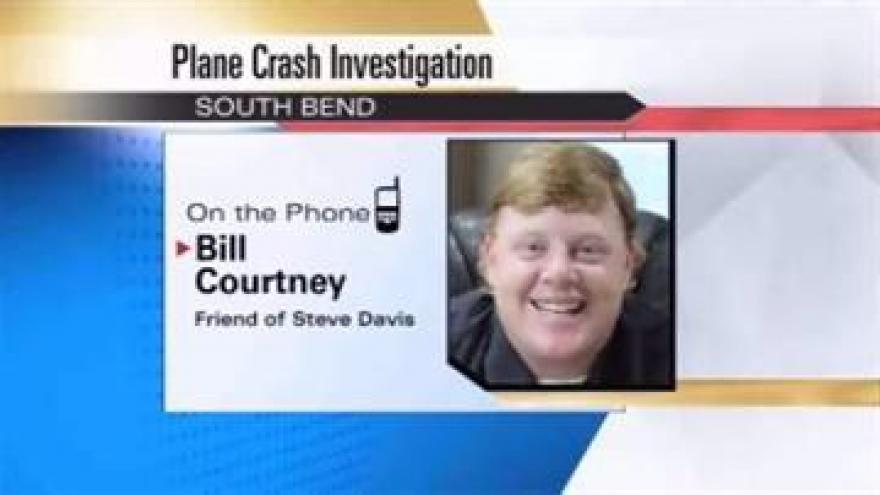 SOUTH BEND, Ind. -- ABC57 spoke with a man who is not only a friend of Steve Davis, a victim of Sunday’s plane crash, he was on a flight with Davis and the other victim Wes Caves, just two weeks ago in the same plane that crashed.

Bill Courtney is still in shock by what he calls a terrible loss.

He says the world was a better place with Davis in it and can only imagine how his family is feeling right now.

Courtney says he had only known Davis for a few months, but they had become fast friends.

Just two weeks ago he was on a flight from Memphis to Tulsa with Caves and Davis on the plane that crashed.

He says he never had any reservations about flying on the plane or with Davis and Caves at the controls.

He says both Cave and Davis were experienced pilots.

Davis, he said, had been flying since he was a kid. He says Davis was just as passionate about flying as he was football – and serving others.

“It's regrettable that a magnanimous, passionate man like Steve Davis has died before his time. He believed in using whatever pinnacles he achieved in his life to help others,” said Courtney.