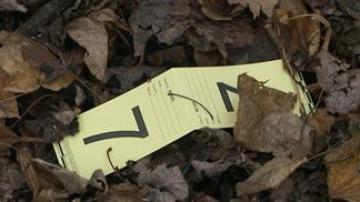 BENTON HARBOR, Mich. -- Gary Alilovich, 25, of Niles was shot and killed Friday night in Benton Harbor. Family friends say he was visiting an ex-girlfriend when her current boyfriend, Javon Davis, 28, of Benton Harbor showed up.

Cody Frampton didn't get to say goodbye the way he would've liked to his friend Gary Alilovich, so when he learned of his untimely death, he was more than just sad.

"I wish he was still in Niles right now, so I could go hang out with him," Frampton said. "It's not right, he was too young."

He'll miss his jokes and pranks he loved doing so much.

"When I fell asleep, he grabbed the shaver, and shaved half my eyebrow off," Frampton laughed. "I woke up next morning, and I was like, 'what the hell?'"

Alilovich was in Benton Harbor visiting an ex-girlfriend when neighbors say her current boyfriend, 28-year-old, Jovan Davis, showed up.

Police say Davis shot both of them, and then gave the gun to his 19-year-old sister who fired more shots.

She is also being charged with murder.

"I know his whole family," Eddy, a family friend who asked that his last name not be used, said. "It's a sad situation that this thing has happened to them."

Unsure of what good can come out of this, loved ones are trying to move on the best way they can.

"You know, the children are the ones who have to suffer," Eddy said.

"I want everybody to make good prayers for him, for his family, and everybody to keep their head up," Frampton said.