From airstrike to aftermath: How a chemical attack in Syria unfolded 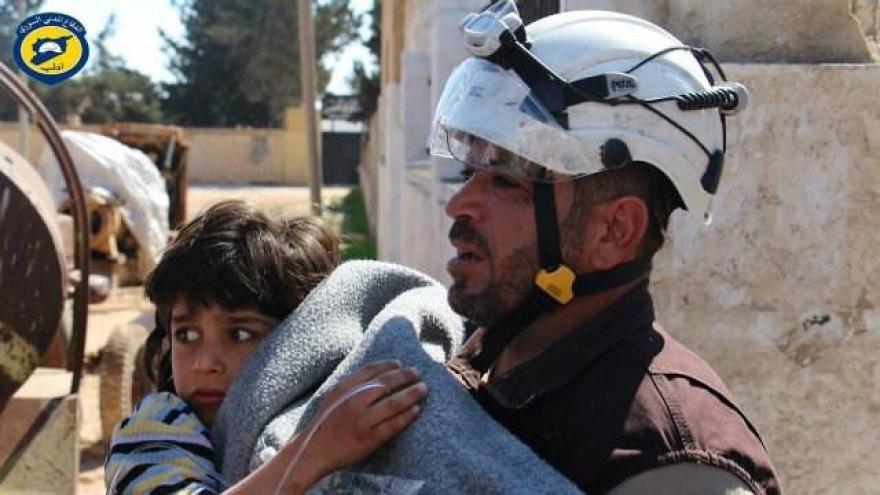 Nightmarish accounts continue to filter out of Khan Sheikhoun, the northern Syrian town still reeling from what is feared to be the deadliest chemical attack in the country in years.

Investigations are underway to determine who was responsible for the Tuesday morning attack that left at least 70 dead, according to activists.

This is how it unfolded, based on eyewitness accounts provided to CNN.

Casualties are reported to have died from asphyxiation caused by exposure to an unknown gas or chemical agent. The injured are initially treated at a makeshift clinic near the scene and Al-Rahma hospital, among others.

At this point it is unclear if the planes involved are Syrian, but the rebel-held city is regularly targeted from the air by the Syrian military and its ally, Russia.

Russia later denies having warplanes in the vicinity.

Fares al-Jundi, a doctor who lives in a nearby village, hurries to the Maarat al-Numan hospital immediately after the airstrikes. "I've never seen anything like it, beyond description," he tells CNN as he describes the horrifying scenes.

Al-Jundi estimates up to 500 people have been brought in; the wounded cover entire floors, from the patients' rooms and operating theaters and any remaining space in the corridors.

"I believe this horrible memory will stay with me for the rest of my life," he continues.

Chaos on the ground

Abdullah, who is suffering from blurred vision, a splitting headache and lethargy -- common side-effects of exposure to nerve gas -- says the scene is chaotic.

He tells CNN that that people were not initially aware of the presence of a toxic agent. Some who rushed to help are overwhelmed by the gas, including several members of the Syrian Civil Defense (SCD), or White Helmets, who have to be rescued by others from the group.

Abdullah says around 30 wounded people have gone to Turkey for treatment.

The makeshift clinic and Al-Rahma hospital, where the injured are being triaged, are targeted in new airstrikes four hours after the chemical attack, Idlib's health directorate and the SCD say in a joint press release.

Videos, which appear to be from the scene, are posted quickly to social media platforms.

Mohammed Hardan, who works for AMC, says he was at al-Rahma hospital when it was targeted by aerial bombardment, posting footage of the incident hours later.

The White Helmets say at least 50 people, including women and children, have been killed by "poisonous gases."

AMC activists say the Syrian regime is behind the attack and says at least 70 people are dead. It adds that 45 bodies have been identified so far.

Many in the international community blame the Assad regime for the outrage, and the World Health Organization said victims bore the signs of exposure to nerve agents.