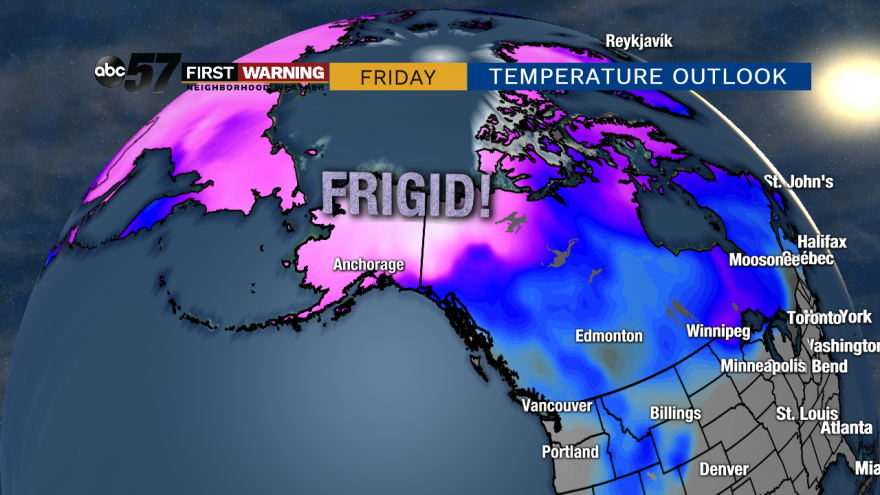 Frigid doesn\'t even do the air heading for Alaska this week justice.

ALASKA -- Just six months ago Alaska was baking in record warmth. Many cities and towns saw high temperatures soar into the 70s and 80s, breaking numerous records along the way.

The exact opposite is set to occur as extreme and dangerous cold is set to grip the state. It's not just going to be extremely cold by Michiana standards. It'll be ridiculously cold even by Alaska standards.

Forecast for a point in northern Alaska. National Weather Service
Many locations throughout the state will see daytime highs between -20° and -40°.

Overnight lows in those same locations will drop as low as -30° to -55°! That is insane cold, even for Alaska. 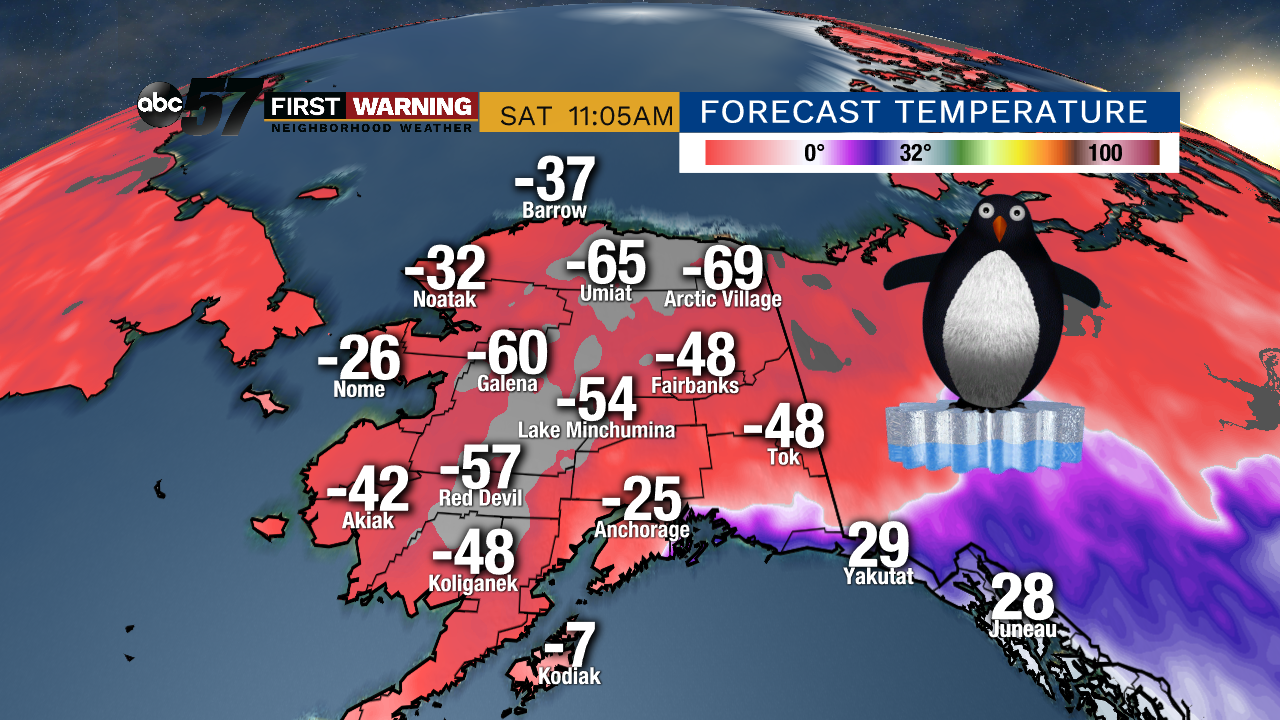 Potential wind chill temperatures on the morning of December 28th.
Not only is it insane cold, but it is dangerous cold. When you factor in a little bit of wind, it will feel like it's as cold as -40° to -70° depending on your location of choice.

So let's take one of the coldest locations in the state and look at the forecast wind chill each morning over the next five days. 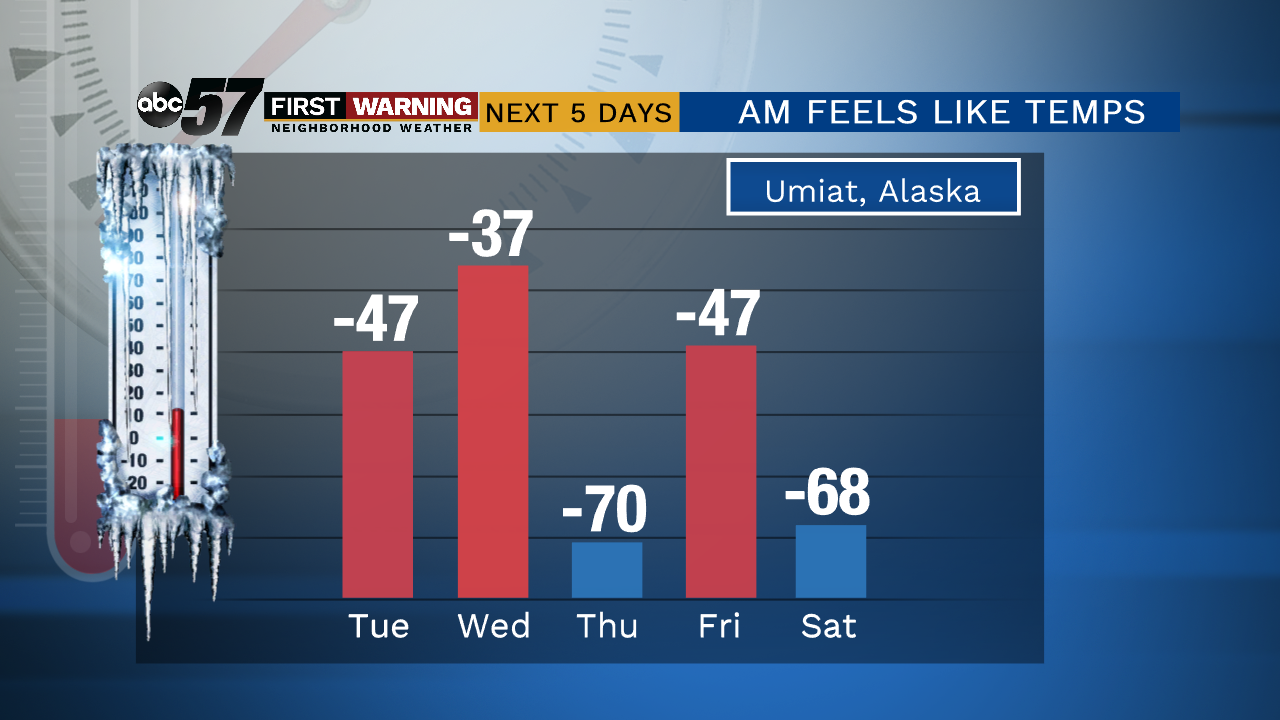 Forecast wind chills at 7 a.m. each morning thru Saturday for Umiat, Alaska.
Umiat is an unincorporated community in North Slope Borough, Alaska, in the northern part of the state. It is notoriously one of the colder locations in the entire state.

Forecast wind chills are between -37° and -70° every morning through the upcoming weekend. The -68° and -70° values are so cold they break our temperature color chart here at ABC 57 News.

With wind chills as low as that, frostbite can easily develop -- even on healthy person's skin -- in under 10 minutes!