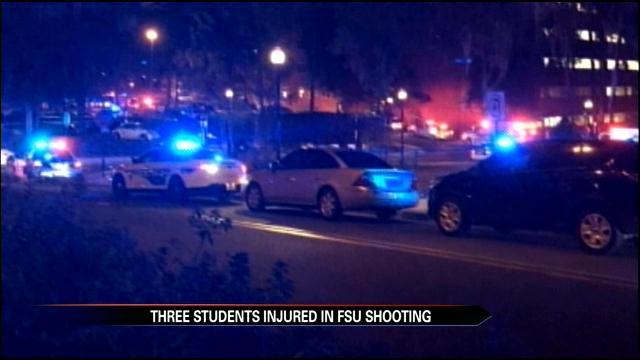 On the campus of Florida State University, classes were canceled and students held an outdoor vigil to express their grief following the shooting Thursday morning.

Former FSU student Myron May is the suspected gunman, who was shot and killed by police.

May allegedly opened fire at the university library just after midnight.

Over the campus loudspeaker system, police are heard saying, “There has been a shooting in the library. Stay where you are. If anybody has been shot, call 911 on your cell.”

During the shooting, three people were wounded and taken to a nearby hospital.

One person is in critical condition.

Authorities say they believe May was going through an emotional crisis based on information from journals and online postings.

May was shot by campus and Tallahassee Police on the steps of the library.

According to university leaders, classes will resume Friday.