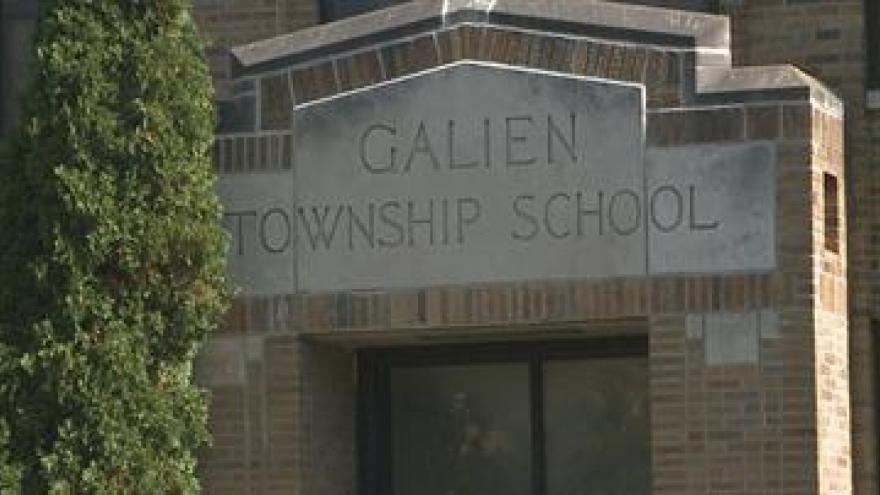 GALIEN TOWNSHIP, Mich. - Galien schools in Berrien County is under investigation by the Michigan Department of Education for allegedly over-counting their students from 2008 to 2011. If the school district can't prove the students in question were there, it would have to pay back the state nearly $500,000.

Galien Schools is already strapped for cash. Over the summer, the district's teachers took a pay cut to avoid a possible closure of the school.
Baby Aiden, a one year old boy from Galien, means the world to his mother Heather Miller. In fact, the Miller's named their ice cream shop in downtown Galien after Aiden. It's called 'Aiden's Place'. Miller wants her son going to Galien Schools. “He’s got a few years," she says. "But it’s something you want to think about.”
The uncertainty lately at Galien Schools has Miller worried about the district closing its doors for good. “We’d definitely have to change our plans. We’d have to rethink everything," says Miller.
Depending on results from a state audit, Galien may have to pay back nearly a half-million in state funding for allegedly turning paperwork in to the state for 77 extra students at the alternative high school from 2008 to 2011.
“There are apparently some records that have been difficult to retrieve,” says Tim Allard, The new superintendent at Galien. He says the students were there and the schools have evidence to prove it. “We have documentation that shows kids were here either through assignments or discipline records. (We have) a variety of pieces of paper that indicated that they’re here. It’s not the ideal way the state would like it reported.” says Allard.
Once audit paperwork is filed with the state, the Michigan Department of Education will go through evidence to determine how many of those students the district will get credit for and how much the school owes.
Allard says any fine would be difficult to pay back. “It would be very difficult for this district to (pay it back). It would certainly impose struggles that would be hard to overcome.”
Not being able to overcome this is what scares Miller. “There wouldn’t be a reason to come to Galien," Miller says. "You take away the school and there’s not much going on here.”
The future of Aiden's education and ‘Aiden’s Place' would be in doubt.

Galien Schools say they're committed to staying open no matter what the state decides.