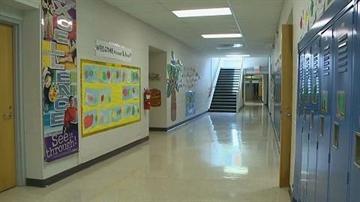 GALIEN, Mich. – A glimmer of hope for the staff of Galien Township Schools, and the parents of students who attend there, as the state of Michigan revised how much the district will have to repay after misreporting the number of enrolled students over a three year period.

After the state’s audit found the school said it had more students enrolled than it had records for, Galien Schools were ordered to pay back roughly $545,000 to the state.

At first, it appeared the district would not be able to survive this financial blow but a new superintendent and a dedicated school board refused to give up.

After compiling as much proof as possible showing missing students were in class during the official count periods, they filed their appeal with the state.

Last week they were told their appeal had helped reduce the amount thought to be owed by nearly $145,000.

Starting in August of 2011 the state began withholding portions of the monthly payments it normally sent to the school.

If Allard’s calculations are correct, the total amount Galien still has left to repay is around $267,000.

For the remainder of this school year, January through August, the state will withhold $5,700 every month. No payments are made in September so nothing will be withheld that month.

Starting in October 2012 and continuing every month (except for September) for the next three years, $7,000 will be withheld until the district pays off its debt to the state.

On top of this, starting in January, the district will begin paying the state treasury back the $350,000 loan with monthly installments of $50,000.

This repayment schedule is non-negotiable. The district borrowed the money in August of 2010 to cover expenses for the 2010-11 school year.

The loan repayment and the withholding of funding by the state would have made paying for the most expensive thing on the budget, personal salaries and benefits, nearly impossible for the district.

Because the teacher’s contracts require the district to provide them with 30 days notice before a layoff occurs, the board voted to put all of their teachers on notice at a special meeting on November 30.

This will allow them to rescind certain teacher’s layoff notices at a special meeting that is scheduled for December 19, two days before students go on break for Christmas. “I was actually really happy, very glad to hear that they’re at least going to finish out the year,” said Abigail Klitscher, mother of a pre-school student at Galien.

Despite the reduction in how much the state is withholding, the number of staff that will be able to be retained is small.

Suggestions made by Superintendent Allard included increasing the number of grade levels teachers would instruct at a time beyond the two they already are covering. This could mean not all teachers will be returning after the holidays.

Allard told ABC 57 decisions on who would stay and who would go will have to be made based on who is qualified to teach the grade levels and on seniority. Additionally, class sizes are expected to increase.

The increase in class size brought questions from one teacher at the school board meeting. She pointed out the classrooms they are currently using at the High School are significantly smaller than the rooms at the elementary school that is currently vacant, waiting to be sold.

Her concern was with an increase in class size, would there be enough room for three grades worth of students and materials. Allard told the teacher, someone would look into the matter and get back to her with an answer.

Because the district is going to try and keep the K-8 school operating, they are required to provide food services. However, there may be a reduction in staffing in this department as well, reducing the two workers to one who would prepare the food and a second who would assist by operating the register when needed.

Something many at the district do not want to see cut is the transportation department, yet it looks as if all bussing will be coming to an end at Galien Schools for everyone except special needs students.

This will however force families who live miles from the school to decide if it is possible, or even worth it, to drive their students to and from school every day.

Monday night, Allard said, any family who decides they do not want their student to continue to attend Galien is free to look into changing schools when the school of choice window opens for the first two weeks in January.

Allard also mentioned to the board, New Buffalo School District had offered to purchase one of the district’s busses for $10,000. He also told them he would be willing to seek other offers if they directed him to do so. The bus in question was purchased for more than $50,000 in recent years.

Another service the school district was offering, alternative education, is going to be cut. Allard also informed the board that the Adult Education program was now offering to rent the classrooms they used.

Finally, Allard explained that his job and that of the district’s business manager could also be on the chopping block. According to Allard, Berrien Resa has offered to contract out the Superintendent and Business Manager positions, leaving the decision in the board’s hands.

“We heard loud and clear from our families in Galien who have students who attend school in Galien, that they wanted us to remain open no matter what it took. And this is what it will take to remain open,” said Allard.

In other business, the school board authorized Allard and the districts business manager to attempt to secure a loan against next year’s non-homestead tax payment.

This would allow the district to retain more teachers and staff for the remainder of this year and because the loan would be paid for with an outside source of revenue, they can get away with tapping into it early without too many drawbacks.

Allard also said the school will be looking to sell off any unused equipment and technology in order to increase revenue if only on a temporary basis. This includes busses, buildings, and classroom furniture such as desks, chairs, and tables, just to name a few.

Meanwhile, the district has asked the Berrien County Sheriff’s department to open an investigation into any criminal activity that may have been committed at the school that resulted in putting the district into this position.

No representative from the department was on hand to indicate if the investigation was going anywhere or what sort of charges could be potentially levied if any wrong doing is found.