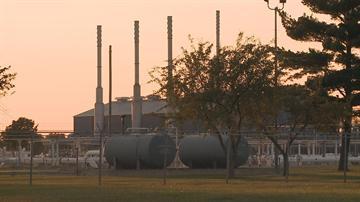 WHITE PIGEON, Mich. – The cost of heating your home with natural gas could be going up if the Trunkline Gas Company receives approval to abandon a pipeline that runs from Mexico to White Pigeon and supplies around one-third of Michigan’s natural gas.

Trunkline wishes to convert the pipeline to transport crude oil.  But, on Wednesday Michigan Governor Rick Snyder and Consumers Energy, which receives 60% of its natural gas from the pipeline, filed a motion with the Federal Energy Regulatory Commission (FERC) protesting the idea because of the potential affect the abandonment could have.  Snyder and Consumers Energy predict the plan would raise energy prices for over one-million customers, including thousands in Cass and St. Joseph County.

According to the motion filed by Snyder, the number of people seeking heating assistance in the winter has risen year after year and he predicts the closing of the Trunkline Pipeline would make the problem worse.

But, the issue is not just about money according to Snyder’s motion.  The Governor wrote that he is worried that having Michigan’s natural gas supply depend on one pipeline that would be left if the Trunkline pipeline is shut down could be hazardous especially in the winter.

“A single pipeline break or other problem with a remaining pipeline could put at risk the ability of thousands and thousands of Michiganders to heat their homes and businesses,” Snyder wrote in his motion.  “Therefore, the impact of abandonment of service on the customers of Michigan could be severe for reliability reasons alone.”

Consumers Energy is the largest supplier of natural gas in Michigan, representatives of the company told ABC57 that they currently don’t have any estimates on how high natural gas prices could get if the pipeline is shut-down.

Officials with Trunkline Gas Company could not be reached for comment on Wednesday.