Getting out; after a year inside a sick child can finally experience the world 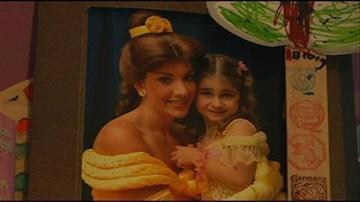 ELKHART, Ind. - After a year of treatment, a four year old Elkhart girl is finally able to be enjoy being a kid.

Bella O’Dell has aplastic anemia, and a year ago her family called on her community for help.

They ended up getting more help than they could have hoped for, running out of test kits at a bone marrow donation drive.

Bella’s immune system was attacking her bone marrow and she needed transfusions in order to survive.

She was going through a bag of platelets a week; it takes six donors to create a single bag.

Currently, two of the best children’s hospitals in the country are trying to figure out what Bella has.

They know one of her illnesses is aplastic anemia, but her genetics has caused a second anemia to occur.

Doctors have never seen this second type of anemia before.

Over the course of the year, through chemotherapy, medication and the transfusions, Bella has reached a point where her blood counts are high enough to begin letting her interact with the outside world.

Bella has spent much of the previous year behind closed doors, guarded from illnesses that would make a well person sick but could kill her easily.

It is a different picture today. Bella’s health is stable enough that she can go outside; play on the trampoline; interact with neighborhood kids; even go to school in the fall.

But she is not completely out of the woods. Her future is uncertain with concerns she may still face Leukemia down the road.

Still the brave, albeit shy, young lady with the big blue eyes keeps her dreams of becoming a princess alive.

Now, her family is trying to give back to the organizations that helped them.

On April 21, 2012 there will be another bone marrow donation drive, this time all the proceeds will be split 50/50 going to Be the Match and the Make a Wish foundation. They are adding a blood drive as well.

According to Bella’s mother, Amber O’Dell, they will not run out of test kits this year; they’ve requested someone from Be the Match is on hand with extras should they see the same outpouring of community support.