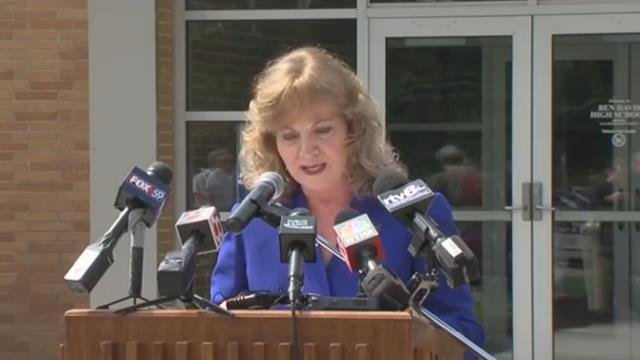 Indiana State Superintendent of Public Instruction Glenda Ritz has officially thrown her hat in the ring for the governor's race.

Ritz made her announcement Thursday at a news conference in Indianapolis.

In 2012, Ritz pulled out a surprise win against incumbent Tony Bennett to become the next Superintendent of Public Instruction.

Ritz was seen as the underdog, but made a substantial push on social media.

This legislative session, Republicans at the statehouse worked to pass a bill that would remove Ritz and any other superintendent as the head of the Board of Education.

Ritz had some strong words criticizing how the state is currently being ran.

“In order to move Indiana forward, Indiana needs quality, early learning opportunities for all children, as well as college and career pathways for all students. We need a leader that understands the connection between education and economy rather than simply having a partisan agenda to create more schools…We are the Crossroads of America, but it we want to keep that title, we cannot continue to neglect the needs of our local communities and the needs for improved infrastructure in our towns, our cities, and our counties. Six million Hoosiers need to know that their state cares about their communities and their future,” says Ritz.

Ritz is the third Democratic candidate in the running for governor.

Democratic candidate for governor John Gregg released a statement following Ritz's announcement saying he is not shifting his focus to beat Ritz.

Gregg says he and his team just care about getting Governor Pence out of Office.

Pence is scheduled to formally announce his intent to seek reelection at the Indiana Republican Party spring dinner on June 18th.
Share this article: