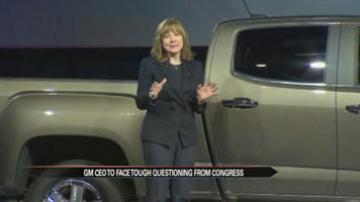 The honeymoon is over for the newly hired General Motors CEO Mary Barra.

Tuesday she will face congress over vehicles with an ignition flaws linked to the deaths of 13 people.

Less than three months ago, Mary Barra became the first woman to lead an American automaker and now, she is headed to Capitol Hill for her first big test as CEO.

Tough questions about the recall of 2.6-million vehicles are expected.

"She's done every possible thing she can do in terms of taking very aggressive, proactive actions," said University of Rochester Professor George Cook. "So far so good. She has attacked the problems. She's been candid."

Barra will likely face questions related to a report from a house investigation into the recall.

The report found that GM knew of a problem with faulty ignition switches for a decade before issuing the recall.