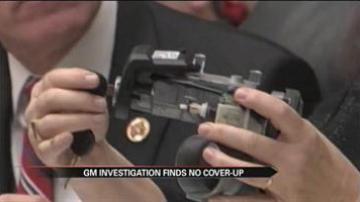 Thursday General Motors released the results of an internal investigation that looked into why it took so long for the auto maker to order a recall of nearly 3 million cars that had faulty ignition switches.

15 people have been fired from the company.

According to documents the cost to fix the problem would have been just 57 cents per car.

Barra emphasized the in-house review found no conspiracy to cover up facts and that any GM employee made a tradeoff between safety and cost.

"A pattern of management deficiencies and misjudgments often based on incomplete data that
General Motors announced it will implement a compensation program for those who lost loved ones or suffered serious injuries," says Barra.
Share this article: