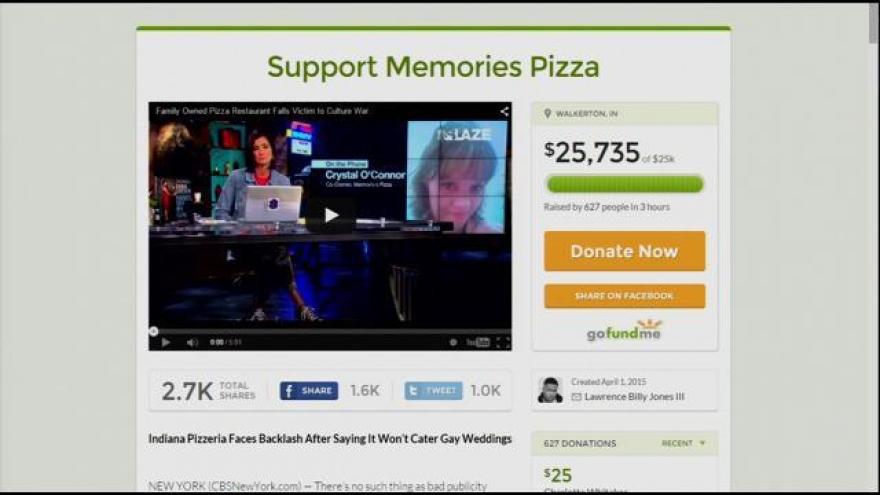 Wednesday, Memories Pizza was not open for business because of the response to their comments in an ABC57 news story. Employees of the Blaze set up a GoFundMe account for the restaurant.

People have gone online to express their opinion and have posted reviews on Yelp.

Now, a GoFundMe account has been set up for the restaurant.

'Dana' a show on the Blaze, a radio and TV network, which was founded by Glenn Beck is supporting Memories Pizza.

It is what happened after the show was over that's gaining national attention.

"We wanted as a network as a national news station to really get out in front of this and to put our money where our mouth is and support this organization," said Jones.

Jones says the 'Dana' show is concerned with the well being of Crystal O'Connor.

"Terrified. They are terrified. I think it's a shame when you look at the YELP some of the listings that are there people saying hateful things, the teacher that was fired saying burn this place down this is ridiculous."