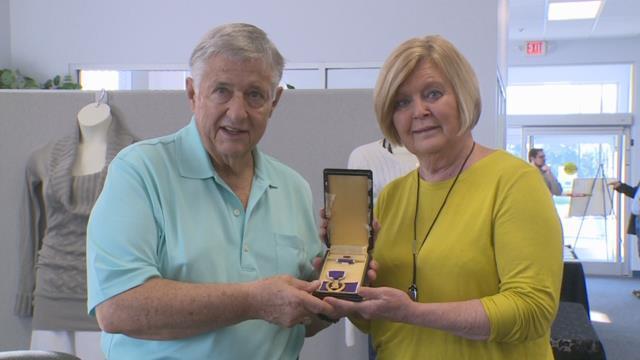 A Purple Heart that ended up at a Goodwill in Rochester has been returned to the family who accidentally donated it.

Art Needler said he and his wife were moving when they accidentally donated the medal to Goodwill.

It belonged to Needler's cousin, Robert Milton, who served in World War II.

When store employees found the medal they decided to track down the owner through the registry number on the medal.

The medal made its way to South Bend, Warsaw and finally back to Needler.

Needler says he plans to pass the Purple Heart down to his son.