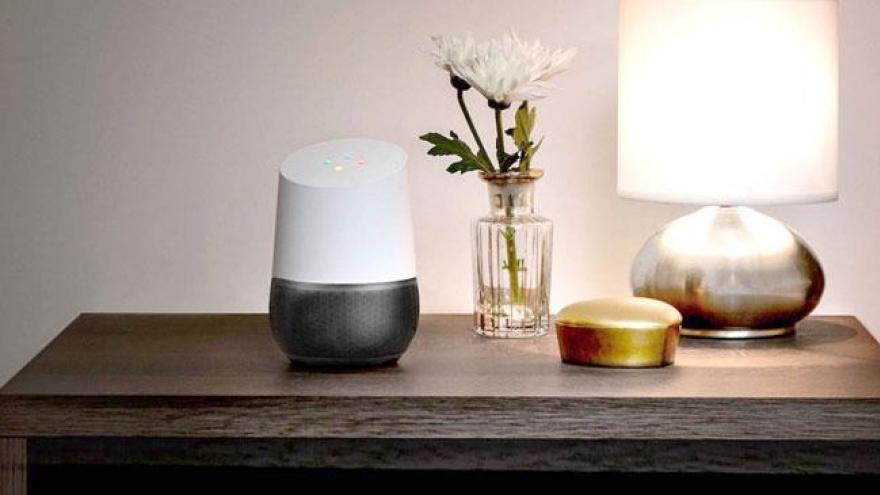 SAN FRANCISCO (CNNMoney) -- Your voice assistant could turn into an annoying advertiser if a marketing concept introduced by Burger King takes off.

A new ad that Burger King debuted on Wednesday tried to use the Google Home to sell Whoppers. But it was quickly burned.

"You're watching a 15 second Burger King ad, which is unfortunately not enough time to explain all the fresh ingredients in the Whopper sandwich," the TV commercial says. "But I got an idea. O.K. Google, what is the Whopper burger?"

Google Home, hearing its call sign, replied to the commercial with information from the Whopper's Wikipedia page.

Google apparently didn't appreciate its device being used for advertising. Shortly after Burger King launched the ad, Google Home stopped responding to the commercial. However, if you ask what a Whopper is your own voice, Google Assistant still answers.

Smart assistants like Google Home and Amazon Echo are meant to simplify our lives by controlling apps, services and information with our voice. For instance, you can ask Google Home to read you the news or tell you the weather forecast.

But Burger King's hijacking introduces a new concept -- an outsider controlling your assistant from the TV.

According to David Carroll, associate professor of media design at the Parsons School of Design, Burger King's approach might be a novel gimmick, but it will wear off fast.

"There's a law of diminishing returns here. The more brands that do it the more it becomes totally irritating," Carroll told CNNTech.

Google said it was not involved in the Burger King advertisement. Burger King did not immediately respond to request for comment.

It's not the first time virtual assistants have been activated by the television -- to the profound annoyance of users. In January, a news anchor accidentally ordered dollhouses through viewers' Echo devices during a segment on Alexa. And a Super Bowl ad for Google Home mistakenly activated the always-listening device.

Burger King's ploy is a unique way to engage a TV audience, but consumers don't like it when their smart assistants try to sell them things.

In March, Google Home irritated people when, unprompted, it alerted them to the opening of "Beauty and the Beast." Google said it was not a movie ad and quickly removed it.

"I think it's going to backfire if it keeps happening," he said. "Are people going to unplug the device when they watch TV? You don't want to create a situation where consumers are developing resentment."