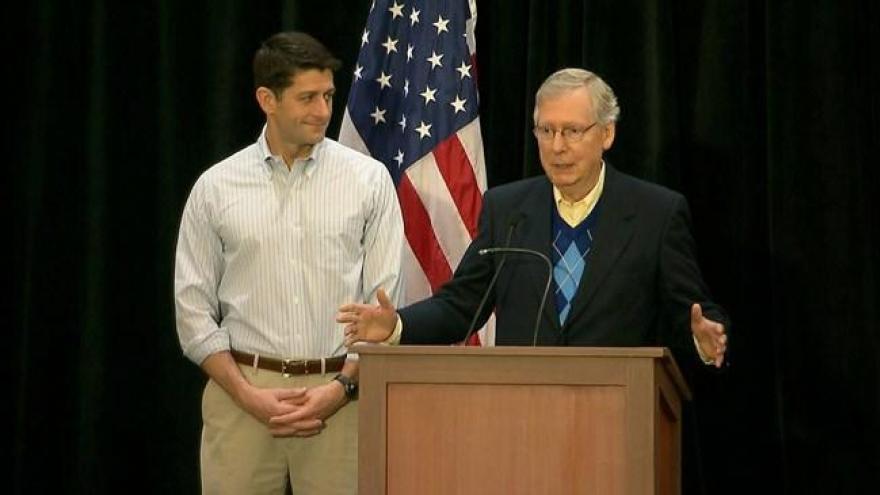 "Torture's not legal -- we agree with it not being legal," Ryan said at a news conference during the congressional Republicans' retreat in Philadelphia.

McConnell told reporters, "I think the director of the CIA has made it clear that he is going to follow the law. And I believe virtually all of my members are comfortable with the state of the law."

The answers came in response to reports that Trump is considering reopening "black sites" and redrafting the federal rules to allow for torture.

"I haven't gone into great detail. But I will tell you I have spoken to others in intelligence. And they are big believers in, as an example, waterboarding. Because they say it does work. It does work," Trump told ABC News Wednesday.