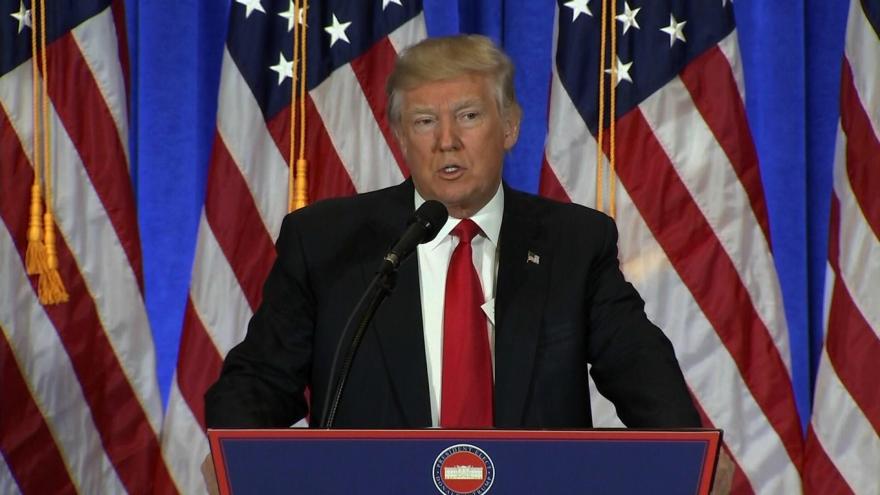 (CNN) -- Republican lawmakers are in the dark about President-elect Donald Trump's plan to repeal Obamacare and are frustrated he is emphasizing "insurance for everybody," three senior GOP sources told CNN on Tuesday.

Those sources said Republicans are working on a strategy to dismantle and replace the law in pieces.

The comments come after Trump told The Washington Post this weekend that he is nearly done crafting a plan that has "insurance for everybody" as its goal, although his transition team quickly walked back those remarks Monday.

Lawmakers want to focus on lowering costs, not expanding coverage, which is one of the Democrats' main talking points. They are very wary of discussing how many people would be insured under their plan, aware that many Americans are concerned they'll lose their coverage under a would-be GOP overhaul. Instead, they are emphasizing more people will have access to more affordable policies.

Trump did not offer any details on his plan, other than to say it would offer lower deductibles. He told the Post he is ready to release it with the congressional leadership's bills.

"It's possible the information is conflicting, it's possible we're just not used to hearing the new president communicates yet," Blunt said of Trump's comments.

The Missouri senator gave his interpretation of what Trump means when he says Obamacare will be repealed and replaced at the same time.

"The president saying that this will be repealed and replaced at the same time doesn't necessarily mean it's in the same piece of legislation," Blunt said. "But you and I all hear it that way when we first hear it. But when he hears it he says, we've got a deadline when this goes away, we're going to have something to replace it by the time we get to that deadline or before."

Meanwhile, Rep. Sean Duffy said Tuesday the Trump administration and lawmakers on both sides of the aisle will have to come together on a health care package. The Wisconsin Republican acknowledged the high hurdles to Trump's goal.

"I'm looking forward to Mr. Trump's plan because I haven't seen it yet and I think it's tough to do," Duffy said on CNN's "New Day."

Pence is Trump's key liaison to Capitol Hill and has taken a top role in discussing the upcoming Supreme Court nomination, Obamacare repeal and laying the groundwork for building a wall along the US-Mexico border.

Pence could provide senators with some clarity about Trump's intentions, but one place senators likely won't get answers is at the confirmation hearing of his Health and Human Services secretary nomination.

Tom Price has been kept out of the transition team's efforts to craft an Obamacare replacement plan so he can be shielded from answering questions, a senior transition official told CNN.

CNN's David Wright and Jeremy Diamond contributed to this report.