GOP tries to move beyond 'week from hell' 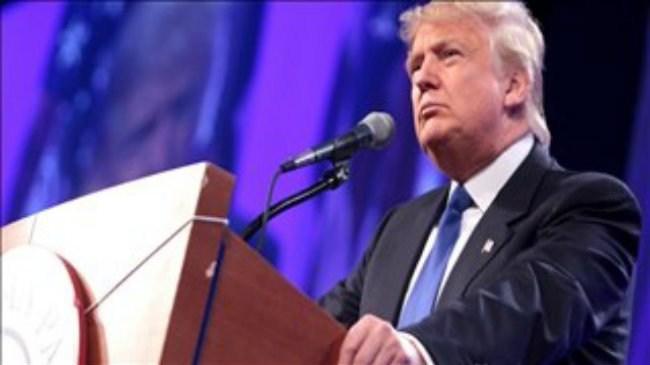 WASHINGTON (CNN) -- Donald Trump scores a big-money donor. The Green Party targets Bernie Sanders' voters. And will all four of the fall debates happen as scheduled?

We look at these stories and more in this week's "Inside Politics" forecast.

Charles and David Koch are infamous in political circles for their big-money donations, usually to GOP causes.

The two conservatives are snubbing Donald Trump this cycle. Younger brother Bill Koch, however, is helping the Republican nominee.

"Republican donors are skittish about Donald Trump. They're not sure whether or not he can win. They have actually said they think he is not able to win. And you had one GOP donor tell NPR that Trump needs to start connecting his brain to his mouth before they are going to start to open up their wallets a little bit more."

In 2014, Senate GOP leader Mitch McConnell made headlines with his pledge to "crush" Tea Party candidates who were running against the party leadership. The establishment won most of those battles and is continuing its effort this year.

Establishment forces defeated incumbent Rep. Time Huelskamp in a primary this past week, payback for his constant challenges to the House GOP leadership team and strategy. There was a similar result in the Indiana Senate primary, where McConnell's favored candidate defeated an opponent more aligned with Tea Party forces.

CNN's Manu Raju walks us through the establishment's calculations:

Want to stay on the good side of a Republican strategist or friend? Don't start any statements with the phrase, "If the election were held today ...".

The past 10 days have been challenging for the GOP, to say the least, as Trump's standing in national and key state polls has plunged. Talking about efforts to protect the Republican Senate majority, one GOP strategist on Friday called it the "week from hell."

New polls show Trump trailing in New Hampshire, Pennsylvania and Florida -- all states where GOP-held Senate seats are up for grabs this year. CNN was also briefed on Ohio data showing Trump facing a big deficit there to Hillary Clinton. Apply that "if the election were held today" thinking to the key Senate races,. and Republicans are more than a little nervous. They have a 54-46 edge but are already resigned to losing GOP incumbents in Illinois and Wisconsin.

New Hampshire and Pennsylvania would likely also flip, if the election were today, and Republicans are also a bit anxious about Indiana and North Carolina seats now in GOP hands. Ohio is hardly a sure thing for the GOP as well.

On the flip side, Republicans hope to win in Nevada, a seat now held by Democrats. The presidential margins will undoubtedly impact the most competitive Senate races, which is why Republicans are hoping to put this past week in the rear-view mirror.

But if the election were held today, smart Republicans say their best hope might be a 50-50 split. And they don't disagree that it could be worse.

The election, of course, is still three months away. But one key lesson of the past week to 10 days is the degree to which the GOP is telling its Senate candidates to do whatever it takes -- disavow Trump? -- if he is unpopular in their home states. Also intensifying are efforts to persuade donors to let Trump fend for himself and instead funnel more resources into efforts to protect House and Senate majorities.

The Green Party made it official this weekend, nominating Jill Stein as their presidential candidate.

Her strategy is clear: Build support by winning over liberal Bernie Sanders supporters who still have lingering doubts about Hillary Clinton.

The Atlantic's Molly Ball shared her reporting on Stein's focus -- and her long-shot debate hopes:

"She, in her speech, went hard at Hillary Clinton in addition to Donald Trump and made an explicit appeal to those Bernie Sanders backers. So there is going to be a continued voice on the left criticizing Hillary, trying to convince all of those Sanders supporters that there is an alternative.

"She's going to have a hard time getting into the debates. There was a lawsuit this week trying to get the third-party candidates into the debates that was rejected. She has some less mainstream views, you might say, on some issues. But the idea that Hillary would get through this without that voice on her left continuing the critique is not going to be the case."

5) Will all the debates happen?

With the conventions over, the next big event of the campaign season will be the presidential debates.

There are three scheduled, starting September 26, plus a vice presidential debate. But three on the calendar doesn't always mean three will happen. Donald Trump said last week he didn't like the debate schedule.

Laura Meckler of The Wall Street Journal said the Republican nominee's comments set off a debate about the debates:

"Most people, that's when they tune in and really see it. Hillary Clinton did very well in the (primary) debates. So I think this is an important moment for her.