Gorsuch: 'Of course, women can be president' 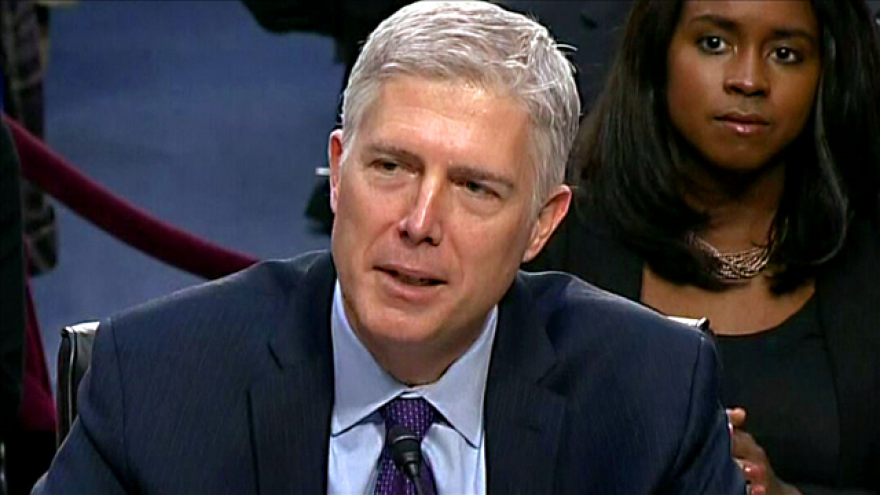 During Gorsuch's confirmation hearing before the Senate Judiciary Committee, Klobuchar asked if the consistent use of the words "he" or "his" in describing the role of the president meant that the only a man can be president.

"So when the Constitution refers like 30-some times to 'his' or 'he' when describing the president of the United States, you would say that, as well, back then they actually thought a woman could be president even though women couldn't vote?" she asked.

"Senator, I'm not looking to take us back to quill pens and horse and buggy," he responded.

"But if you could just answer that question, it's pretty important to me," she continued.

In another question, she also asked whether there should be a literal interpretation of the Constitution when it says that Congress has the authority to oversee the land and naval forces.

"Senator, I think the generals of the Air Force can rest easy," he responded.