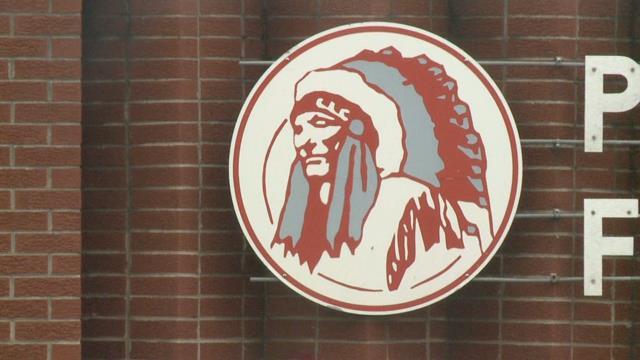 The debate is on at Goshen High School on whether the current mascot for athletic teams needs to change.

The high school sports teams are the Goshen Redskins. A growing number of students and staff believe the term is offensive and needs to go.

The issue was debated at the Goshen Community schools board meeting Monday night.

It's a familiar debate. The same one the nation has been wresting with for the NFL team, the Washington Redskins. And one this community has dealt with before.

Back in 2013, a sculpture of a Chieftain was removed from the school's graduation after the people raised concern over. But the removal raised quite a stir. The school later put it back.

The Goshen community schools board discussed the topic to a packed crowd. And people on both sides of the issue had some fiery words.

Seven out of the 12 board members spoke out against the Redskin name. Some in the audience suggested changing the mascot to something more favorable, like warriors.

"I am today in 2015 a little embarrassed about our mascot," said Shelly Wilfong, Goshen resident.

But many people feel the Redskin name and mascot should stay.

"For me it makes me emotional because I walk through the halls each day red, white, black knowing that my mascot could be revoked from me," said Jesse Rhodes, a sophomore at Goshen high school.

On the school's athletic website, they maintain that the redskin name is one of pride and choosing a chief is about leadership.

The next meeting is July 27. The board could make a decision then.