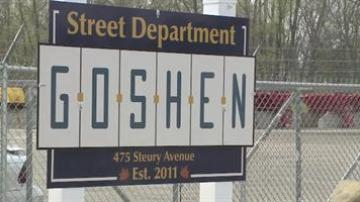 GOSHEN, Ind. -- Michiana may have reached 80 degrees on Wednesday but winter is still on the minds of some Goshen City Council members. The council just granted the street department's request for over $100,000 to recoup the costs of keeping the roads clear this winter.

The street department says the money came from a special fund the city uses for emergencies.

Goshen City Council and residents say the streets department deserves the money after such a long season.

Long has been with Goshen's Street Department for 10 years.

“We make sure people can get around town,” said Long.

He says the length of this last winter had their department stretched pretty thin.

“Basically we paid a lot of overtime, burned a lot of fuel,” said Long.

The council granted Long's request and gave the department $150,000.

"That's a lot of money but this was a really unusual year," said Dixie Robinson, Council Representative for the 3rd District in Goshen.

Robinson says it was an easy approval process.

“I don’t think anyone on the council objected to putting that money out," said Robinson.

She says this will not affect Goshen taxpayers.

Commuters in Goshen say their rides to work weren't so bad this winter. They believe it's because of the successful streets department.

“I drive to Elkhart 3 times a week because I have a senior care service out there," said Betty Barber of Goshen. "And everything was pretty well done I think.”

“I think they did really well. I drive a long ways to work and I appreciated them being clear this year,” said Marlene Hershberger of Goshen.

Long is happy knowing his budget is back on track and he can go back to making sure folks in Michiana can safely travel the roads.

“I’m smiling a little bit more today," said Long. "They understand that it was a long winter for all of us.”

If Long doesn't spend all of the money, it rolls back over into the cushion fund and will be re-appropriated next year.