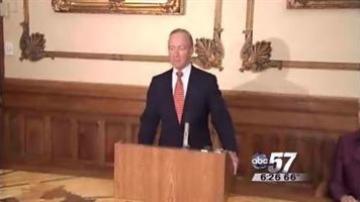 INDIANAPOLIS -- Gov. Mitch Daniels said his final legislative session was a good one!

On Monday, he said he was especially happy that full-day kindergarten passed.

Daniels said it has been a priority of his for several years, but the state did not have the money to do it until now.

"We'll be spending $160 million, more or less, to make sure that kinder, full-day kindergarten's available in every district in Indiana.  And so it's been a, a long march over these last few years.  But we are really pleased and excited that we were able to do this," said Daniels.