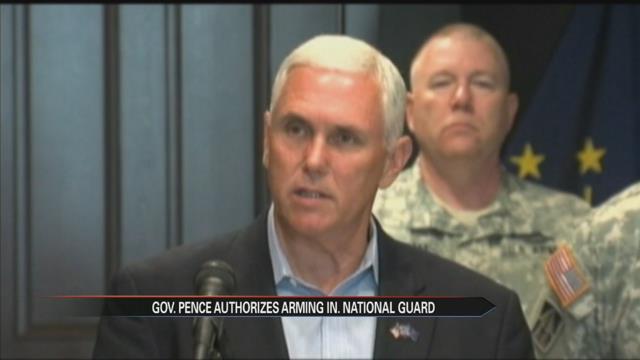 Indiana Governor Mike Pence is reacting to the shooting tragedy at two military centers in Chattanooga, Tennessee, putting new regulations into place to give Hoosier service men and women a little more protection in their workplaces.

Under the order the adjutant general in Indiana is authorized to arm military personnel.

The Indiana State Police and Department of Homeland Security have been charged with implementing the new policy.

It's been an urgent matter for the governor. It all comes in wake of the shooting at a Chattanooga recruitment center last week that claimed the lives of four marines and a Navy sailor.

Those service men were unarmed when a gunman sent a spray of bullets through the glass and into the centers.

Pence says this move is an effort to try and prevent something similar happening here in Indiana.

This will apply to all National Guard recruitment centers, armories and air bases. Indiana is the fifth state to do so.