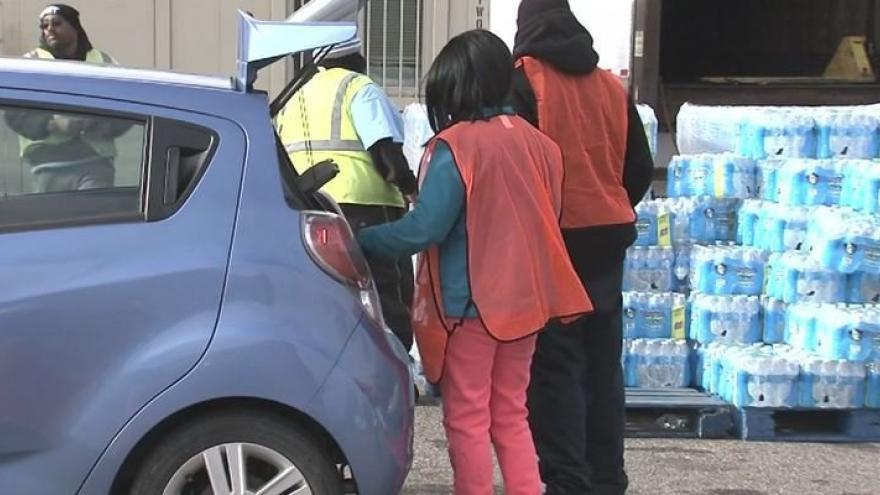 LANSING, Mich. (WNEM/CNN) -- Governor Rick Snyder declared that he was ending bottled water services for the people of Flint after the city's water quality tested below or at action levels of the Lead and Copper Rule for nearly two years.

In a press release from the Governor's office, it said the preliminary data for the first half of the current 6-month monitoring period shows that 90 percent of the high-risk samples are at or below 4 parts per billion (PPB).

The federal action level is 15 PPB.

The four distribution centers (PODs) will be closing and Access and Functional Needs (AFN) deliveries will end once the current supply is spent.

Water filters and replacement cartridges will still be available at City Hall.

“I have said all along that ensuring the quality of the water in Flint and helping the people and the city move forward were a top priority for me and my team. We have worked diligently to restore the water quality and the scientific data now proves the water system is stable and the need for bottled water has ended,” said Gov. Rick Snyder.

The Governor's office said taxpayers have provided more than $350 million to Flint, with an additional $100 million from the federal government. Funding has helped with water quality improvements, pipe replacement, healthcare, nutritional food distribution, and more.

“I know this is not the situation any of us want to be in. We did not cause the man-made water disaster, therefore adequate resources should continue being provided until the problem is fixed and all the lead and galvanized pipes have been replaced. I will be contacting the Governor’s office immediately to express the insensitivity of the decision he made today and to make sure that I remind him of the additional needs that I’ve requested for the residents of Flint," Flint Mayor Karen Weaver said.

“We have not received clear steps as to how the remaining lead in Flint school’s will be remediated or how ongoing monitoring will continue for our most vulnerable population. Additionally, the medical community has continuously raised questioned as to how special populations, including nursing and bottle-feeding mothers, will receive bottled water while massive pipe replacement is ongoing," Pugh said.

Residents are scared and said they need this water.

"They did us in. I mean, it's bull****. People are sick. People have died. But there's nothing we can do," said Debra Coleman, Flint resident.

People lined up at the distribution centers on Friday for bottled water, because once the bottles run out, that's it.

"I just wish they could come out here and live for a week or a day and see how people are living in this neighborhood," said Leetonio Parks, Flint resident.

The state said the water in Flint homes is safe to drink, but a lot of residents don't trust it.

"It’s beyond belief that the governor expects the folks in Flint to trust the government now, when they lied to our faces about lead in our water just a few years ago. That trust was broken, and families in Flint still don’t feel that the water in their homes is safe to drink. We won’t feel safe drinking our water until every bad pipe is replaced, and the administration that caused this disaster needs to make sure bottled water stays available until that happens."

"The state should provide Flint families with bottled water until all of the lead service lines have been replaced. Flint families rightfully still do not trust state government, who created this crisis and lied to our community about the safety of the water. Continuing to provide bottled water service until all of the lead pipes are replaced will give peace of mind to residents and help restore Flint's trust in government. Until then, I understand why Flint families still do not trust the water coming out of their taps."