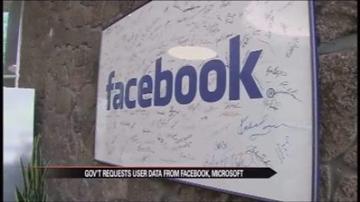 Employees at Microsoft and Facebook say they receive thousands of request for user data from the U.S. government.

Those requests came in the second half of 2012.

An attorney who works for Facebook says its requests include tracking of federal fugitives, local crimes and terrorist threats.