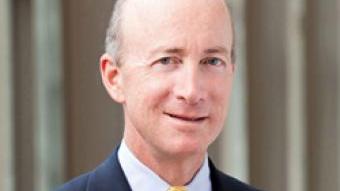 INDIANAPOLIS - Gov. Mitch Daniels says he'll travel to southern Indiana on Saturday to assess the damage from tornadoes that raked the region Friday, leaving behind miles of destruction.

Daniels said that "Mother Nature has dealt harshly with Indiana" in a statement Friday. He says humans "are no match for Mother Nature at her worst" despite advances in disaster preparedness, warning systems and responder communications.

He says he hopes officials already knew the full extent of the damage but that wouldn't be certain until Saturday.

The governor's office said Daniels wouldn't travel to the area Friday night because he didn't want to interrupt the rescue efforts.

Daniels spokeswoman Jane Jankowski said he wasn't available for an interview Friday with The Associated Press.