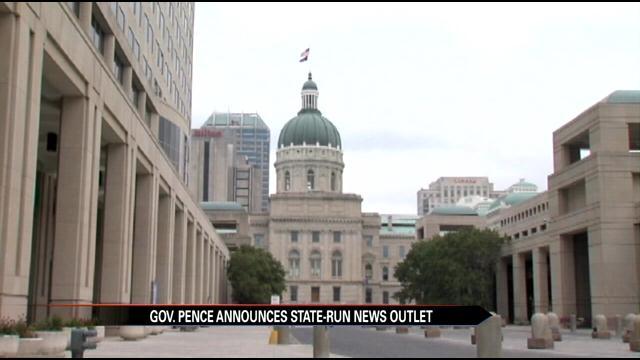 Indiana Governor Mike Pence has announced his plan to inform the public about what is going on his administration and throughout the state government. The website will be called "Just In."

The news content for the website and media outlet will be written by state press secretaries and will contain breaking news updates about about the Pence Administration, personality profiles, as well as feature stories.

While this could used to inform the public, it also could be one-sided and a misuse of tax payers money says South Bend resident Sarah McKinney.

"I just do not agree with how secretive it is. Now we're just getting it brought out, I believe we should be able to vote on how our money is spent,” said McKinney.

However, this new outlet could be a way to keep political figures accountable according to senior faculty member Al Tompkins at the Poynter Institute for Broadcasting and Online Media.

“I think it's a real opportunity for journalists to watch what it is they publish. Fact check it. Fact checking has always been a role of journalism so I'd be looking at the stories they produce and fact check it,” Tompkins said.

The outlet is expected to launch near the end of February.

Right now it is unclear exactly how much this will cost taxpayers.