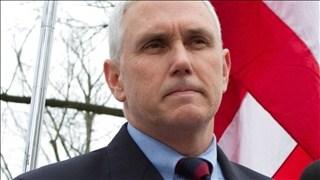 Indiana Governor Mike Pence wants to set the record straight when it comes to the announcement of the state-run news website ‘Just IN.'

Tuesday's announcement pledged the website would break news stories that impact the state, but Pence is now saying people are misunderstanding the intent of the website.

“I think it was misunderstanding. What I read in the newspapers is that there was a memorandum distributed to state agencies that had some language in it that suggested that this was going to be more than a one-stop-shop website, and I regret that,” says Pence.

After the announcement was made Tuesday, people across the United States took to social media to blast the governor.

They compared Indiana to countries like Russia, North Korea, and China which all have state-run news agencies.

Pence responded to the comments, saying that 'Just IN' is nothing like what those countries have.