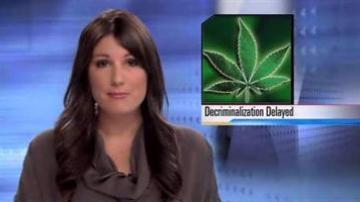 GRAND RAPIDS, Mich. -- A Grand Rapids amendment to decriminalize marijuana will not go into effect as originally planned.

The Kent County prosecutor filed a temporary restraining order to delay the law.

According to the prosecutor, the amendment is illegal because it is more lenient than the state law.

The amendment would make marijuana possession punishable with the equivalent of a parking ticket.

It was approved by more than 58 percent in last month's election.