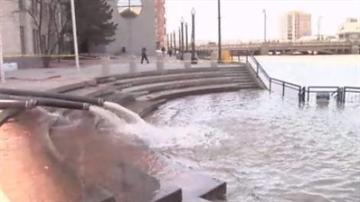 GRAND RAPIDS, Mich. -- Residents in the city of Grand Rapids are breathing a sigh of relief Tuesday after the city fared well in what is now considered the worst flood in west Michigan's history.

"Because we were pro-active, we were able to weather the storm," said Grand Rapids Mayor George Heartwell.

Crews are pumping out water from several downtown buildings.

Even with the preparations, the flooding caused millions of dollars in damage.