Granger residents should get their water tested 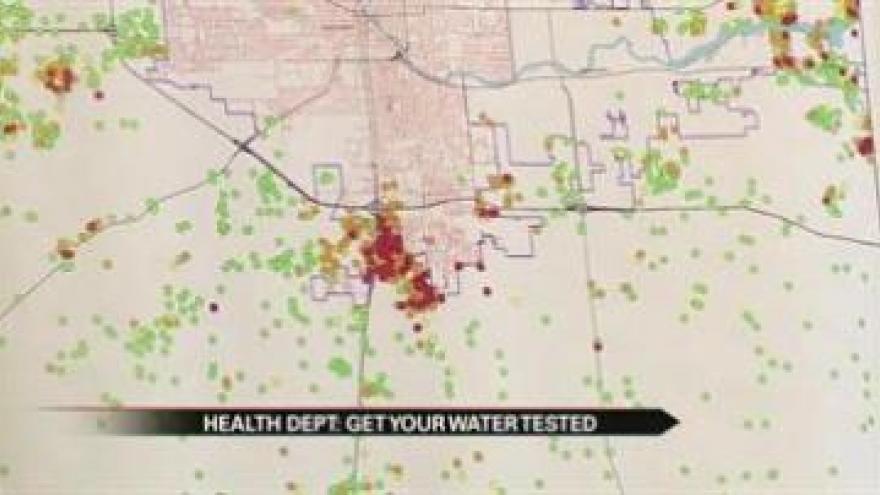 GRANGER, Ind. -- A Health Department study found antibiotics and human waste in the drinking water in Granger. The department says about 40-percent of households have contaminated water. If you live in Granger what should you do?

The Health Department says the first thing residents of Granger should do is get their water tested.

"Nobody expected Granger to have that many people in it. Turns out there's 30,000 people up there on wells and septics," said Marc Nelson of the St. Joseph County Health Department.

"You've got to expect that you're going to be drinking what goes into the septic system," said Nelson.

The county found the contents of septic tanks are seeping into the tap water.

Nelson says boiling your water is not a solution.

"If you boil the water all you do is make the nitrate concentration higher. That doesn't help anything. Boiling water will help only if you have bacteria and viruses," said Nelson.

The water filters you buy at the store can't filter out nitrates.

"It would be installed under the kitchen sink," said VanCuren.

Those systems can be rented for a little over $20 a month, but they are not a long term solution.

That's very important to say just because we have filtration in place now doesn't mean it's effective forever," said VanCuren.