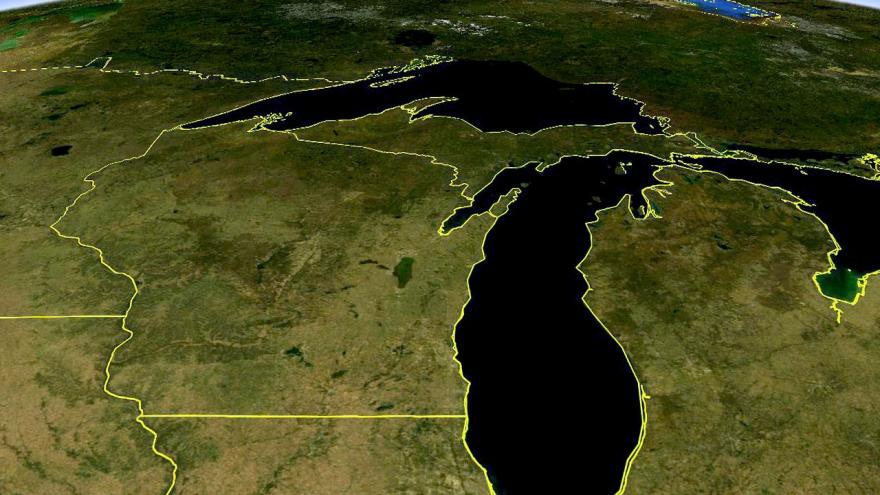 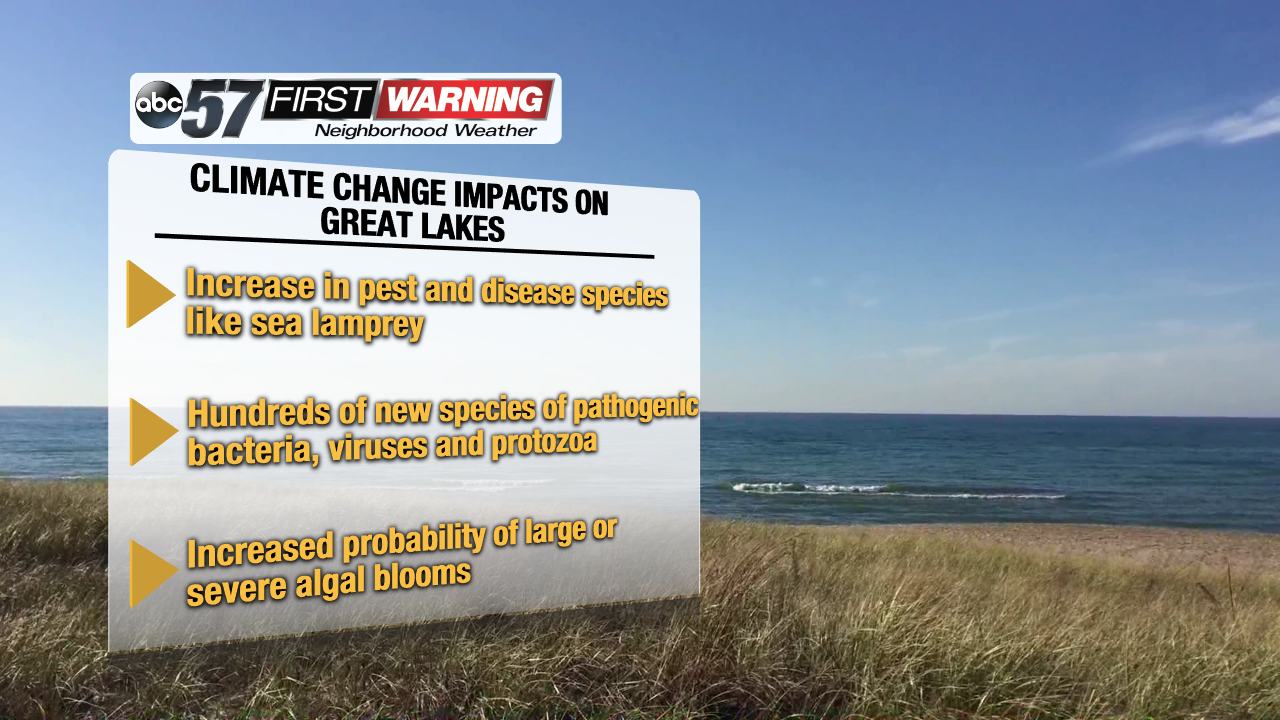 A few possible impacts from climate change in the Great Lakes region. Environmental Law & Policy Center
A new report commissioned by the Chicago-based Environmental Law & Policy Center has outlined in great detail the potential dangers of climate change on the Great Lakes region. The dangers range from hotter temperatures and heavier precipitation to wildlife concerns and infrastructure issues.

The report notably points out that the Great Lakes region is warming faster than the rest of the United States. There will be a substantial increase in "hot" days as we progress through the 21st century. More 90s and even triple digits are expected across Indiana, Michigan and surrounding states like Illinois and Pennsylvania. On the flip side, a substantial decrease in "extreme cold" days during the fall, winter and spring is expected. 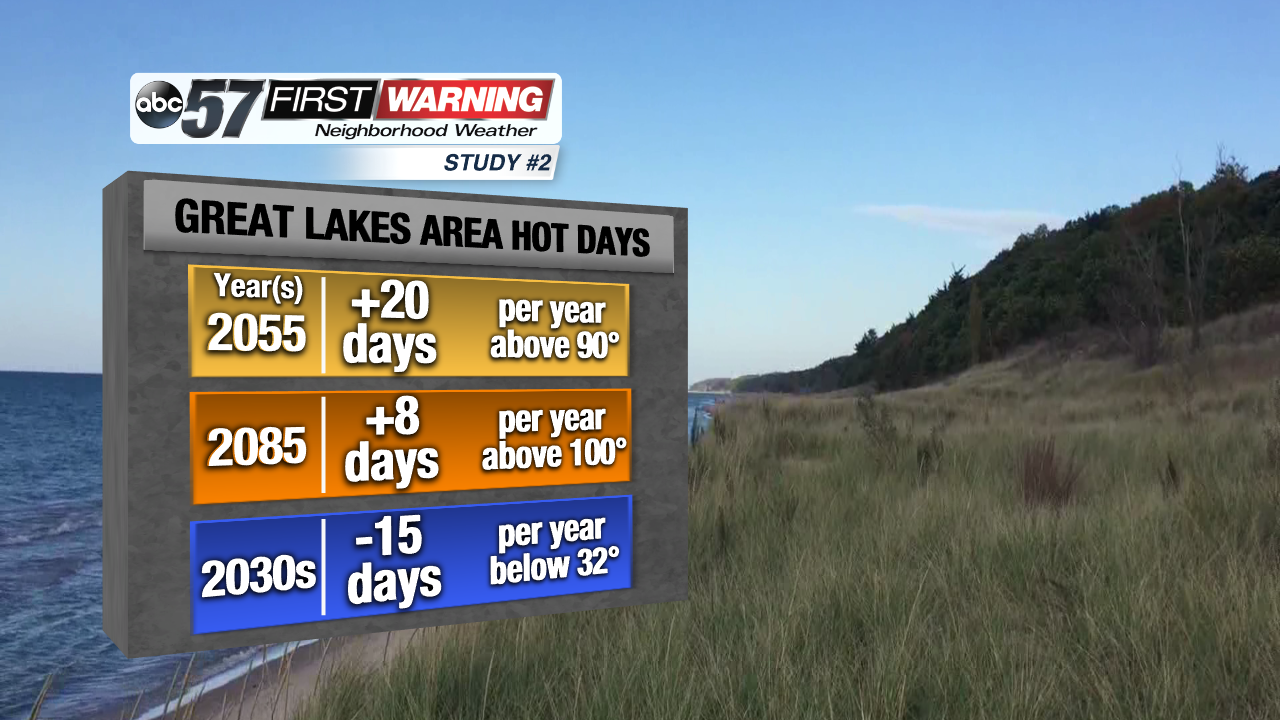 Great Lakes warming trend through the 21st century. Environmental Law & Policy Center
More precipitation and heavier precipitation events are expected as well. Between 1901 and 2015, annual U.S. precipitation increased by 4%. For the Great Lakes region, though, there was almost a 10% increase. Looking ahead, the report expects noticeably wetter winters and springs with drier and hotter summers. This could lead to more droughts and heatwaves during the summer months.

Snowfall is interesting. The report highlights the fact that less snow is expected in the Great Lakes due to warmer wintertime temperatures. However, the warmer atmosphere will support an increased likelihood of more significant and impactful lake effect snow events each year.

Agriculture is and will continue to feel the changes of climate change. The demand for irrigation will rise, growing seasons will be affected and crop yields could suffer. The report says that "climate change will likely reduce crop yields for both soybean and maize by 10% - 30% by mid-century in the southern parts of the Great Lakes watershed. Soybean and maize production will likely move northward."

The concerns don't stop there. The ecosystems of the Great Lakes have already been impacted by warmer temperatures and heavier precipitation. That trend will continue. The report says that "hundreds of new species of pathogenic bacteria, viruses,protozoa, and non-native species could be introduced and flourish in the warming conditions, displacing local native species."

Pest and disease species -- like sea lamprey -- will likely continue to thrive in the warmer climate. Sea lamprey have already had negative effects on fisheries across the Great Lakes. Harmful algal blooms have a higher chance of occurring outside of just Lake Erie as well. These blooms (HABs) can be toxic and dangerous to wildlife and lake ecosystems. HABs, alongside E. coli outbreaks, can close beaches and make swimming hazardous.

It's important to note that this isn't just one report coming out of nowhere making these claims. The idea of warmer temperatures, heavier precipitation and more extreme weather events is supported by many studies. If you'd like to read another, try this one.