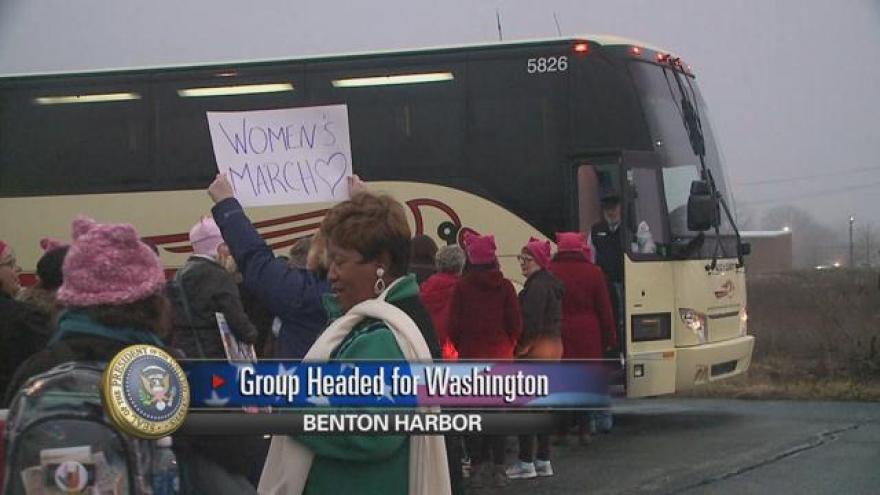 Just before 9 p.m., over 50 men and women boarded a bus for a trip to D.C., where they’ll be joined by thousands of other people for Saturday’s March.

The march is for anyone who believes women’s rights are human rights.

“I can’t believe the results of this election are true, I think as a woman it’s important to let people know how we feel and that this is not acceptable his actions not acceptable and his follower’s actions are not acceptable,” said Janet Lamborn, who is going to the March.

It was a similar scene in Benton Harbor Friday evening.

50 protestors met at Celebration Cinema before boarding a bus to D.C.

They want the Trump Administration to know they are watching the new president’s every move.

Signs like, “We will watch and we will vote” were already being held up hundreds of miles from the nation’s capital.

On Saturday, you can expect to see countless similar signs all around Washington.

Before boarding the bus, protestors told ABC 57 News, tomorrows march is for things, not a march against things.

“For me as an advocate I think it’s very empowering I expect I’m going to leave this march and it’s going to be beginning, it’s not the destination, it’s the beginning of a journey to advocate for at least the next 4 years if not longer for issues I think are important,” said Doris Higgins, a Women’s March Organizer.