Gun control the focus of a heated Common Council meeting 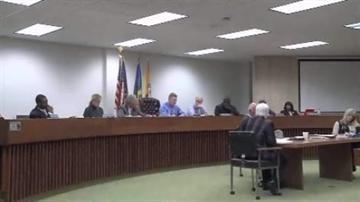 SOUTH BEND, Ind. --  The Common Council meeting turned into a very heated discussion when gun violence and the right to bear arms became the focus.

Between a demonstration that South Bend Police Chief Ron Teachman made at a local church a couple weeks ago, and comments he made against the second amendment on a talk show, guns and violence were very sensitive topics in the meeting.

Council members and long-time South Bend residents had a few words for the new chief of police.

"Chief Teachman brought out a pair of shackles and displayed them to the entire congregation, it was offensive and out of line," said Councilman Henry Davis Jr.

"We carry guns in Indiana," said South Bend resident Leonard Grummell, "We carry more guns in Indiana than any other state in the country and we have been doing it longer."

After the meeting, Chief Teachman told ABC 57  that he had no further comment; he already explained where he stands on the issue and does not want to have a debate about it.