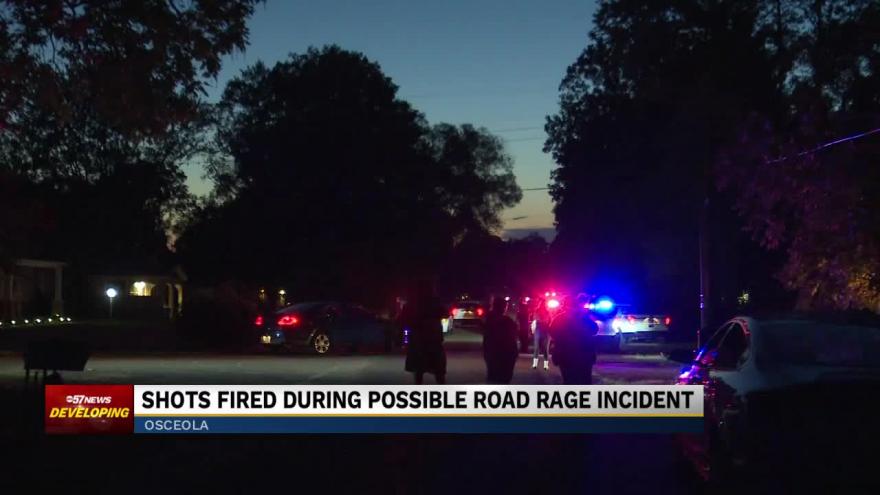 At 5:20 p.m. on September 17, police were called to the 10000 block of McKinley Highway for reports of a road rage incident involving gunfire.

Officers on scene spoke with a driver and a passenger of a gray Acura sedan. The driver stated he had been in a road rage incident on Ash Road near Edison Road with a red SUV.

The driver also said that after he slowed to let the SUV pass, someone leaned out the passenger window of the SUV and fired a handgun at his sedan, reports said.

The driver of the sedan said he then returned fire out his driver’s window at the SUV with his own handgun, according to reports.

During the investigation, officers also spoke with a passenger of a red Chevy Equinox. The passenger of the red SUV stated that during a road rage incident on Ash Road, the driver of a sedan waved a handgun and then fired shots at the red SUV, reports said.

The passenger said he then returned fire out the passenger window of the SUV with his own handgun, reports said.

During the incident, both vehicles were hit by gunfire but no people were struck by the gunfire, reports said.

A female passenger of the sedan was hit by plastic from the passenger door, which shattered when it was hit by a bullet. She was uninjured.

Police have recovered video of the incident and continue to investigate.

At this time, no arrests have been made.