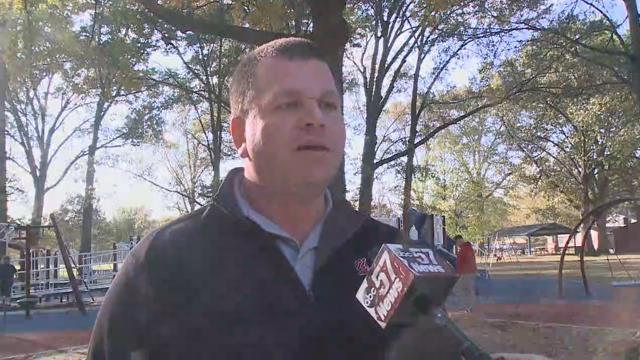 A ribbon-cutting ceremony was held Monday evening at Freedom Park in Plymouth.

The park is entirely handicap accessible and was designed so all children and families, no matter what disability or special need they have, can enjoy it.

Tony Gamble, Freedom Park's co-chair, came up with the idea for the accessible park after having trouble finding a safe place to play with his young son who has special needs.

Gamble said his son is unable to play on mulch because it poses balance problems.

After some thought, Gamble went to local community leaders and formed a committee that would build Freedom Park.

The committee ended up choosing the plot of land the park now sits on because a storm in July 2014 knocked down some trees and made a mess.

The new playground is outfitted with ramps and a special type of ground padding that acts as a pillow if children fall.

Gamble said he wanted to create a place where everybody in the community could be included.

Freedom Park is on 8th Street off West Harrison in Plymouth.

Click here for a map and detailed information about the park.