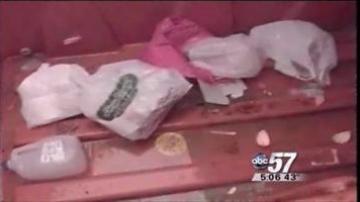 HONOLULU, Hawaii. -- A gruesome discovery has Honolulu police asking the public for help.

In Hawaii a woman found a child's fingers in a trash bin. There were six small fingers.

Based on lab results police believe the fingers belonged to a little girl around 2 to 4-years-old. The woman who found them still can't believe it.

"I was pretty strong as far as turning them into the police department until about the day afterwards,” said Gena Rose Vendegna. “Then I broke down when thinking about the child. I'm a mother of five children myself."

Police have checked missing person’s cases, questioned hospitals, and people who live in the area. As of right now they still have no leads.