Head on collision sends four to the hospital 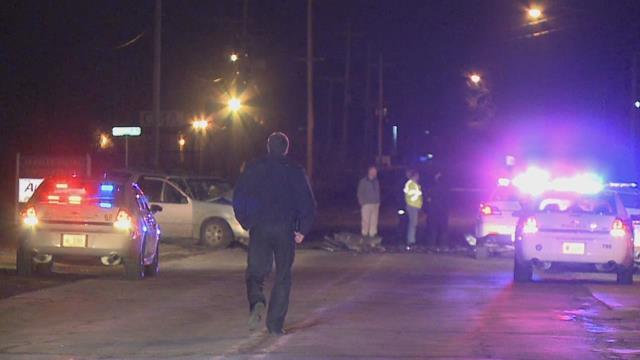 Four people are in the hospital after a head on collision in South Bend.

The two vehicles involved in the head on collision were each carrying one passenger in addition to the driver. All four people were transported to Memorial Hospital.

Police say one person from each vehicle is listed in critical condition at this time.

St. Joseph County Police, South Bend Police, and Mishawaka Police were all involved in the investigation.

F.A.C.T. was also on scene for several hours investigating the crash and police say a third car was damaged immediately following the head on collision but no one was injured in that vehicle.

“At time of arrival I found two vehicles down the road there actually at Burnett and Ireland and it was a head-on collision, we had four parties injured at the time. We don’t know exactly what circumstances took place whether somebody was passing somebody or somebody crossed the center line but it was definitely a head on collision. The FACT guys are coming over here, diagramming and trying to figure out exactly what happened and talking to the witnesses that we had on the scene when we arrived," said Lieutenant Joseph Leszczynski.

The part of Ireland Road near Burnett is closed off at this time for further investigation but police say it will reopen in the next few hours.