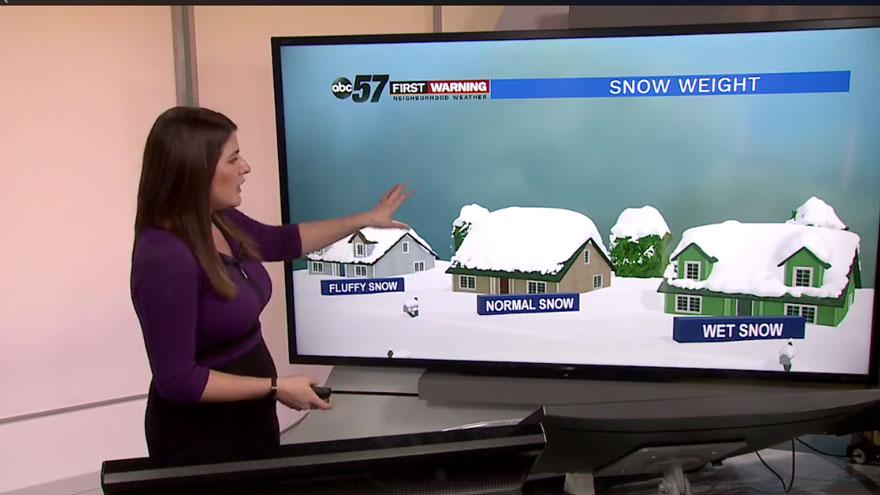 Record breaking cold temperatures are likely to be broken Tuesday as we only top out near 24 degrees! Keep in mind that due to the cold, salt will be less effective on icy roads so slick spots are possible through Wednesday morning.

The lake effect snow isn’t over yet. Scattered lake effect will last through this evening but will begin to taper off overnight. Up to 3” more are possible but most will only see an additional 1” of snow under the lake effect.

Clean up will take some time for Elkhart and Cass County! Up to 18” of snow was measured in Elkhart/Dunlap area and the snow added up very quickly. Cassopolis saw over 2” in a matter of 1.5 hours!

Thankfully the snow we had was lake effect which is lighter than system snow. System snow is usually a little heavier which is because the snow to water ratios are higher.