The forecast is snow-free until Saturday evening. Clouds increase Saturday as temperatures rise just above freezing. The snow begins Saturday evening, for most snow starts after 7:00 PM, the heaviest after midnight into early Sunday morning. Traveling late Saturday night will be difficult to say the least, and ill-advised. More than four inches of snow could fall in just a few hours, with final totals through Sunday of six to possibly eight inches. Areas to the southwest and west toward Chicago favor the highest snow totals, with slightly less north and east. In general, close to six inches is the mark for most the area. Snow is light during the day Sunday and may last into Sunday night. Impacts on driving likely last into the Monday morning drive. 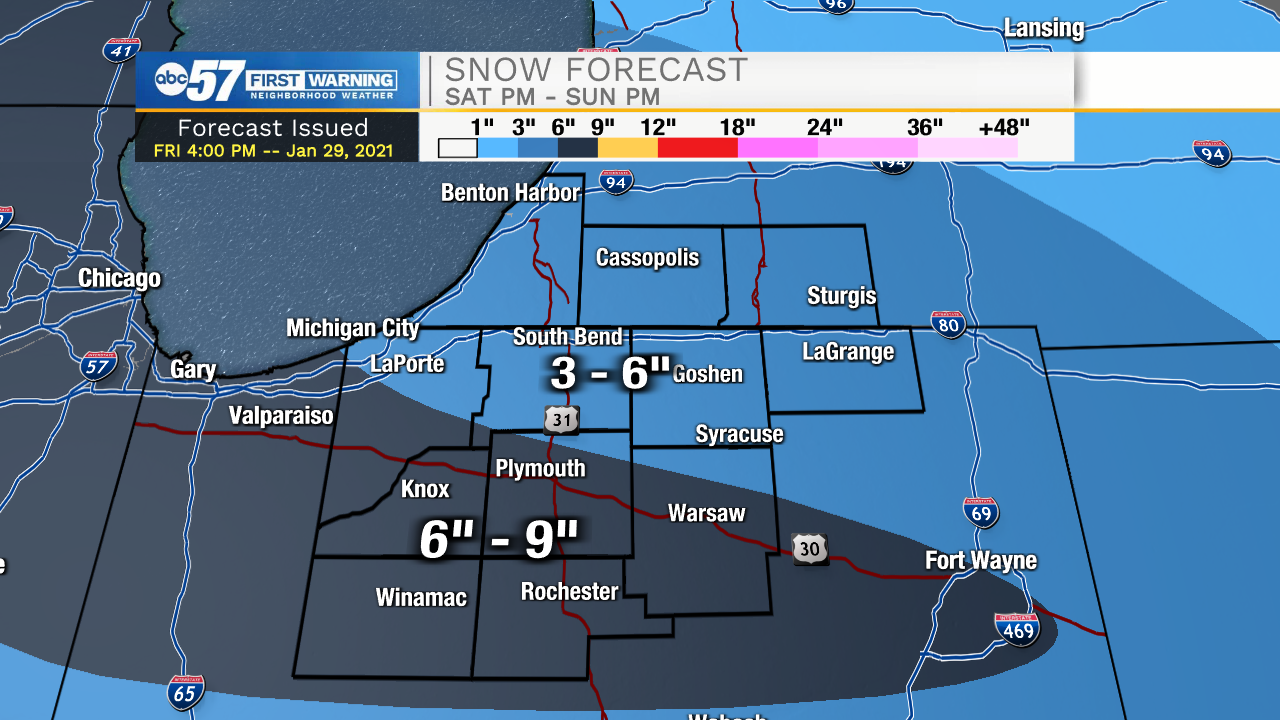 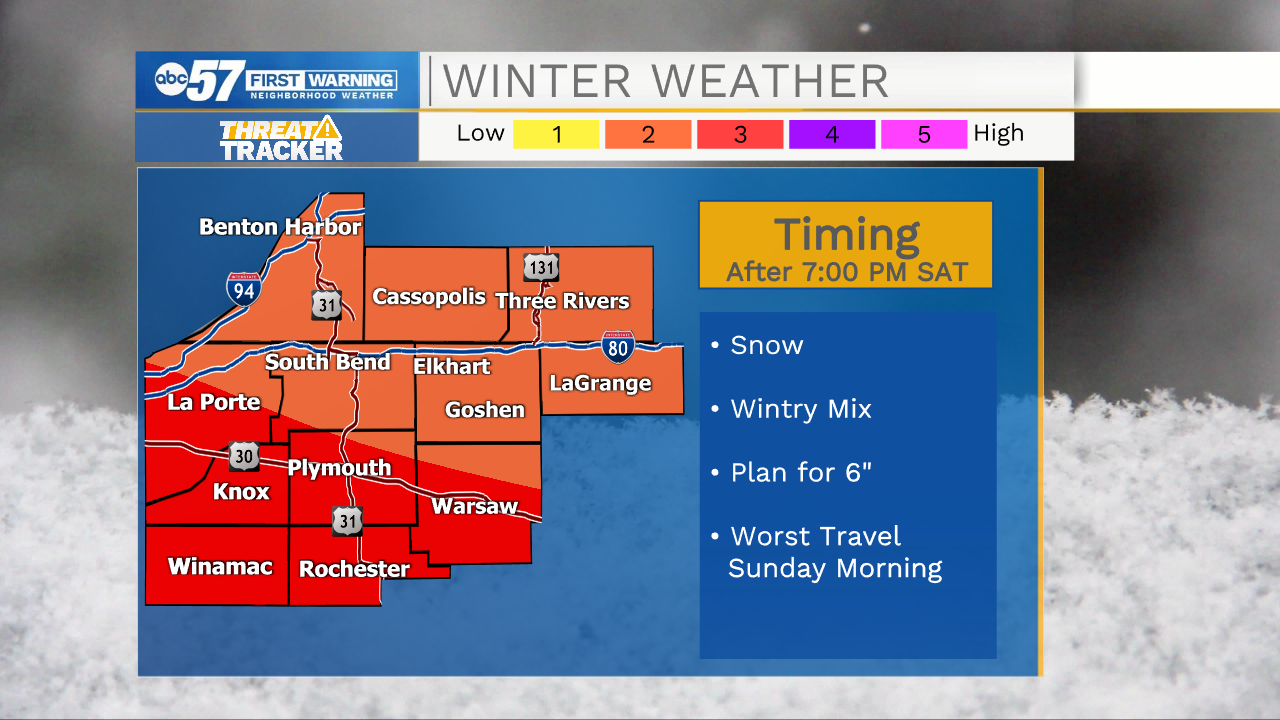