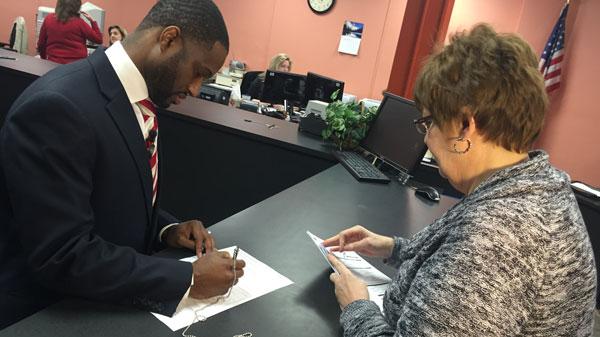 ABC57's Alyssa Marino was with Davis when  he filled out the paperwork and then sat down with him to discuss his decision.

“There's no reward if you don't take the risk, and obviously this is taking a risk,” said Davis Jr.

It's risky and daring for Davis Junior run for South Bend mayor.

He says-he knows it's a long, arduous road ahead.

He says he is ready for whatever is thrown at him.

“You're always going to have naysayers, you could be doing everything right but you can't make everyone happy,” said Davis Jr.

Davis says after 8 years on the common council he's learned what needs to be done for his hometown.

“I've been an advocate for the people, I've put a lot on the line,” said Davis Jr.

Now he says it's time to focus on his campaign and get ready for what's ahead.

Davis has a response to his naysayers.

“If you don't believe me just watch me,” said Davis Jr.