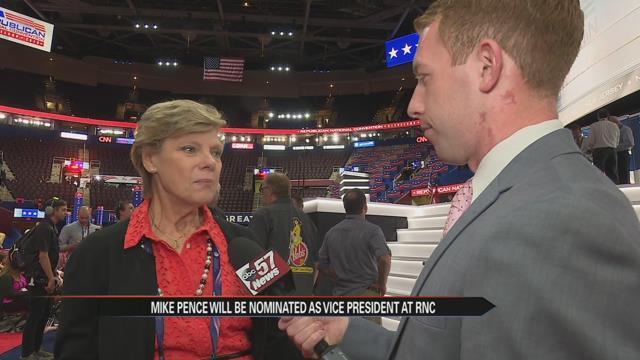 ABC News Political Commentator Cokie Roberts says it will be a significant moment in Pence’s career and an exciting day for Hoosiers.

The stage is set for Governor Mike Pence to address the RNC as the party's vice presidential nominee.

"Mike Pence's job is to get the old Republican Party in line behind Donald Trump,” said Roberts.

Roberts says Pence is sure to bring his socially conservative views out in full force Wednesday night, but she says too much of it could impact the Trump-Pence ticket in November.

"He has to be careful as he revs up this crowd in this room, that he doesn't alienate independent voters going forward. And he has something of a problem along those lines anyway,” said Roberts.

While the stakes are high, Roberts thinks Pence will ultimately benefit from his first national address.

"I don't think it's make or break unless something disastrous happens, but I think that he can get this crowd to a place where they feel like they think that, ok, this is the Republican Party that we admire and signed up for,” said Roberts.