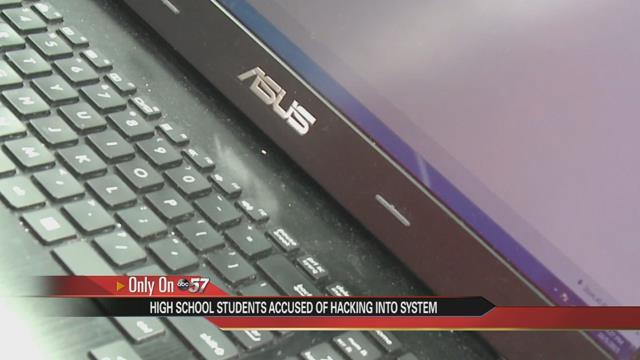 Two Elkhart Memorial students are facing felonies after investigators say they blocked the internet from the entire school district. Teachers could not access lesson plans leaving students idle as they waited to get back online.

“Teachers have plans, students have things to do, we have business to conduct and all those things change,” explains Dan Rice, Senior Director of Technology for Elkhart Community Schools.

All last week there was a slowdown in the schedule for Elkhart Community Schools, all because they could not access the internet.

“It looked to our teachers as if it was a technical glitch but to us it was very clear that we were being flooded with traffic,” says Rice.

Rice says after a series of attacks they were able to find the source of the problem.

“You never know what a child is thinking. It might look like mischief to a child. They might not realize the greater implication of the things they are impacting,” says Rice.

Two Memorial High School students, who haven’t been identified, were arrested on Friday for the hack.

“That it was actually launched by a student within our district yes that surprised us,” says Rice.

The severity of the crime might have surprised the young suspects.

“This is a felony certainly. It’s pretty serious when you are attacking their systems,” says Sergeant Chris Snyder with the Elkhart Police Department.

As educators, Rice says there is a fine line between curiosity and crime.

“We want to develop more Mark Zuckerbergs than we do students in the situation we are facing now,” says Rice.

The juvenile suspects were released to their parents and are waiting a court appearance date.

Rice says things are back to normal for the school district. He adds his department will continue to monitor their systems to make sure a hack does not happen again.