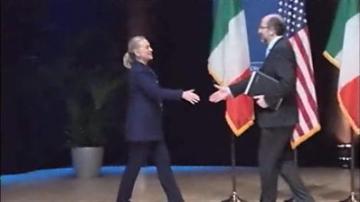 When she returned home from her latest trip she came back with a stomach virus.

According to her staff, she became dehydrated, fainted at her home, and suffered a concussion.

It'll cause her to miss testifying about the U.S. terrorist attack in Benghazi.

Clinton recently told Barbara Walters just how grueling her schedule can be.

This is the second time a stomach bug caused Clinton to faint.  Then Senator Clinton fainted during a speech in Buffalo nearly eight years ago.