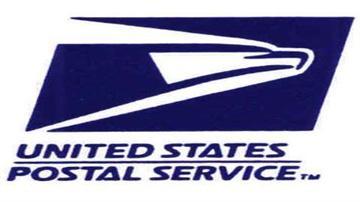 Pamela & James Cealka, of South Bend are both processors at the processing center on Michigan Street downtown.

They were notified, along with 218 other workers that they may be laid off or transferred if the South Bend processing center moves to Fort Wayne.

It's a story we have covered all week, Wednesday workers rallied defending their jobs, Thursday the general public was able to sound off about the recent study.

By moving the processing center to Fort Wayne upper management said it would save over six million dollars each year. The problem would come in overnight delivery. Many living in South Bend wouldn't get overnight mail, instead there would be a couple day delay.

For the workers, like the Cealka's they are concerned for what the future may hold. They were notified in late August that the study would be conducted--but since then, they say little has been said to them about the future.

"The salary was great, the benefits are great, it really was a job for life, you could work there get your 35 years and retire," James said.

In fact he and his wife both quit their previous jobs and went to the post office. They both said it was the job to have back then and still to this day.

James is jut four years from retiring, Pamela as eight more to go.

"We have to stick with it for the pension, we are too close not to," said James.

The two have four kids, ages 18-24, "We wanted to pay off bills, college loans, things like that," Pamela added.

Vacations are on hold for now and concerns are growing as the holiday approach.

A decision is expected to be made on the facility by the end of December or first of the year. For the Cealka's they say they will pick up and move if that's what it will take to stay employed.

"We will make it through this, lots of families go through a lot of things, we will be fine," James said.

Written comments and concerns will be accepted on this issue until December 2nd.