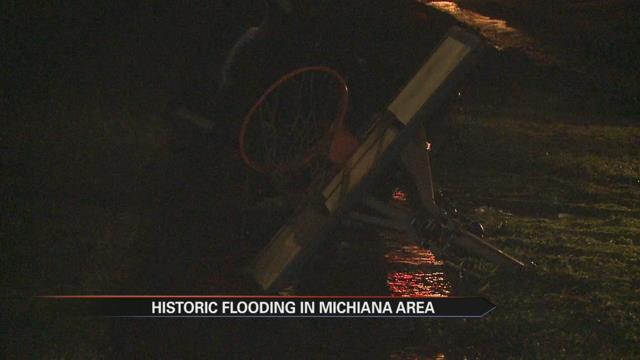 East Calvert Street was the scene of collapsed basements, debris, and water feet high, all because of record flooding in South Bend, Monday night.

One South Bend resident, Randy Fish, has lived on Calvert Street for 45 years.

He says he and his wife had to be rescued by firefighters from their home.

They were evacuated after he says they smelled gas in his house.

“I’ve seen refrigerators floating down the street, my air conditioning unit is somewhere we don’t know where that’s at, haven’t been to the basement its still floated, everything is gone in the basement, the freezer, the washer, the dryer, everything,” said Fish.